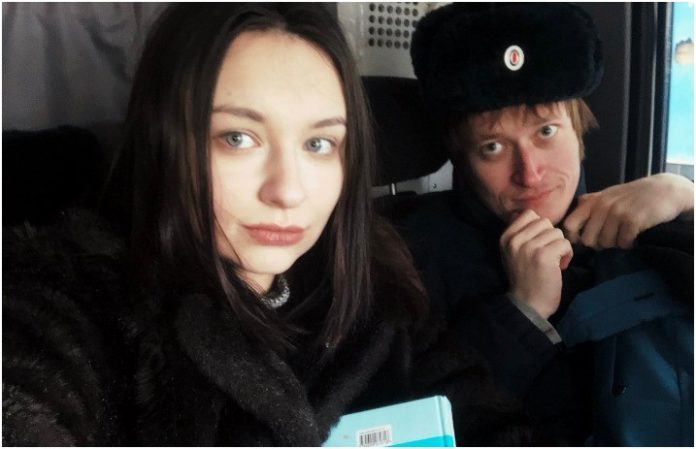 According to a tweet from Pussy Riot, two members of the feminist punk group had reportedly gone missing in Crimea but are now safe after being “detained several times.”

Earlier today, the band shared that two members, Olya Borisova and Sasha Sofeev, disappeared in Crimea after being detained several times by the FSB after they entered the Russian-annexted Crimea on Sunday.

The band claimed that Russian police broke their phones and computers, cutting off any form of contact from the two missing members. “We can not reach out to them. We don’t know what has happened to them.”

FSB detained them several times. Yesterday cops broke their phones and computers. We can not reach out to them.

We don't know what has happened to them. pic.twitter.com/6pRtgCIbi3

According to Radio Free Europe, the band's third member, Maria Alyokhina, was also detained upon her arrival to Crimea but was eventually released. The website also spoke with a Crimean lawyer, Emil Kurbedinov, who said on Feb. 26 that the group was “brought to a medical institution for testing” but he could not provide further details about the matter.

In a follow-up tweet, the band shared that Borisova and Sofeev were found and are safe after being detained several times. Consequnce of Sound spoke with a representative for Pussy Riot, and they confirmed that the news of the members' safety is true.

we found Sasha and Olya. they were detained several times but safe now.

thank you for your help!!

Pussy Riot have had legal run-ins in the past, including a famous two-year prison sentence on charges of hooliganism driven by religious hatred, following a protest performance in Moscow's main cathedral. Since their release, the band have focused on raising awareness for “prisoners of conscience,” or those who are jailed for political or religious views that are not shared by their own government.

The band are also preparing to hit the road on their first ever North American headlining tour. You can check out the dates below!