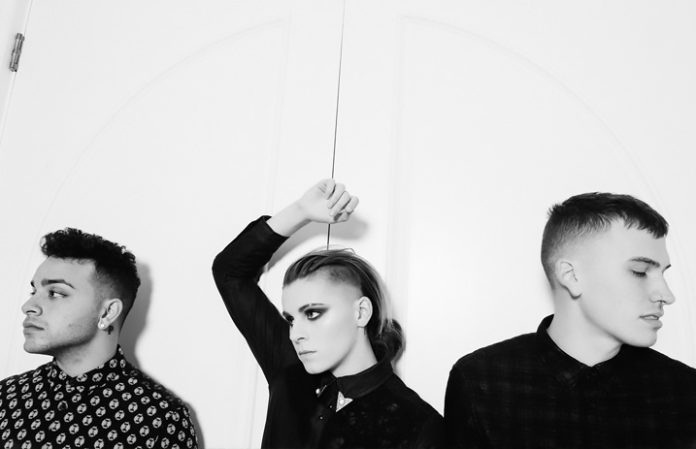 PVRIS posted a video, teasing “All We Know Of Heaven, All We Need Of Hell”:

Check out their cryptic messages below!

After clearing their social media pages, and updating their header images with what appears to be a blurred out, handwritten text, the band have released their first official teaser on social media, with the hashtag “#AWKOHAWNOH,” and a photo that reads, “We regret to inform you that the contents of this envelope bear unfortunate information and instructions regarding the second full lenght record of the band PVRIS.” The birth is listed as November 4, 2014, and the rebirth is scratched out:

The band were featured in our most anticipated alternative releases of 2017, and it looks like they’re starting to build some hype for the new release. And fans are feeling the excitement. (And just freaking out—as we all are):

Yep, this is basically all of us right now:

The band’s last album, White Noise, was released back in 2014.

PVRIS will be hitting the road with Muse and 30 Seconds to Mars this summer, and you can check out the dates for that amazing tour below.

What do you think they could be teasing? Let us know in the comments below!