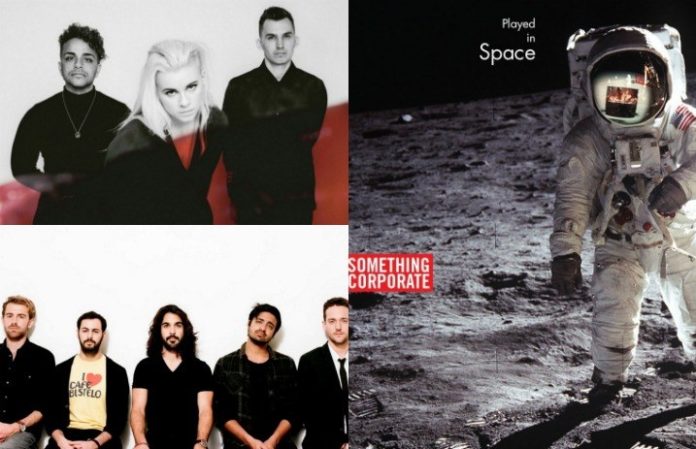 Watch a Red Rocks recap video from Young The Giant—plus, Something Corporate announces a new vinyl pressing. Check out the news you might have missed today below!

1. Something Corporate press Played In Space for the first time ever

The Best Of record pressings are out October 13. Get your pre-order:

A small amount of the RED Something Corporate “Played In Space” vinyl is back in stock for pre order. Grab yours: https://t.co/6bIIQx7fGV pic.twitter.com/Skc8HV7EJS

2. Flower Girl Records are donating all their proceeds to Hurricane Harvey relief

The label is run by Cam Boucher (Sorority Noise), and all their music is available on Bandcamp:

download all our music for free and donate to a great cause https://t.co/cqS6w120M0 pic.twitter.com/tvOSxLu7VW

3. New single and video from A Sense Of Purpose

4. PVRIS are in the Top 5 of the UK album charts

According to Rock Sound, All We Know Of Heaven, All We Need Of Hell is at #4! Watch the latest PVRIS music video for “Anyone Else”:

5. Youth In Revolt and Megosh covered each other's songs

Watch Megosh cover “The Broken” and Youth In Revolt cover “Checkerboards and Cigarettes”:

They'll be joined by Baseline, Overslept and Arvia:

The band sold out Red Rocks amphitheatre, and it was captured in this beautiful video: