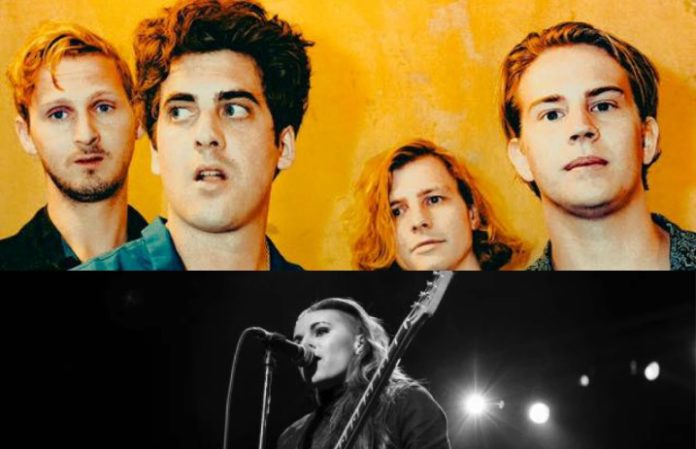 It's Friday and it's St. Patrick's Day, so we're in good spirits and feeling lucky!

And if you weren't already feeling one of those two things, this new rendition of Circa Waves' song “Fire That Burns” will likely get you there.

In the reworked version of the track, PVRIS gets an official feature spot, as vocalist Lynn Gunn lends her wonderful voice to the second half of the song.

Circa Waves recently released their new album Different Creatures on March 10, which features the original version of the song.

It was also announced last month that PVRIS had finished recording their highly anticipated sophomore album.

Check out the awesome collaboration below, and jam it all through the weekend!

Stoked to have collaborated with our friends in @circawaves. Felt REAL good and REAL cathartic to be a part of. Thanks for having me ✨❤️�� (link in bio for the full track) (shout out to @thernbchef for letting me yell real loud)