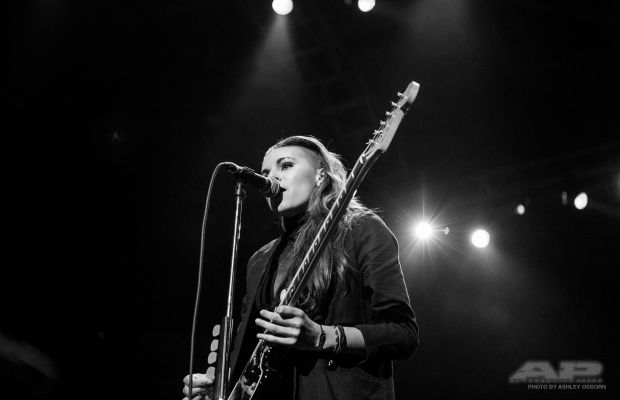 During an interview with BBC’s Newsbeat, PVRIS frontwoman Lynn Gunn shared her thoughts on the importance of being open about sexuality. “I used to want to be private about it,” she claimed. “But I think it's something that needs to be shared publicly. I think a lot of people are trying to accept themselves and come to terms with it because it's still a pretty big thing right now. I never had someone to look up to and be like 'oh that person is OK and they're gay.’ If I can be that for someone then it's why I'm open about it.”

Speaking on using her voice as an advocate for change, she later adds, ”I think it's good to have an open mind and speak about stuff if you have a platform to. As long as it's something positive and something that's beneficial to other people. The more it's talked about, the more accustomed people become to it and it's not an issue any more.”

PVRIS released their gloom-induced studio album, White Noise, in 2014 via Rise Records. They will be joining Bring Me The Horizon and Issues on a massive US tour this fall.