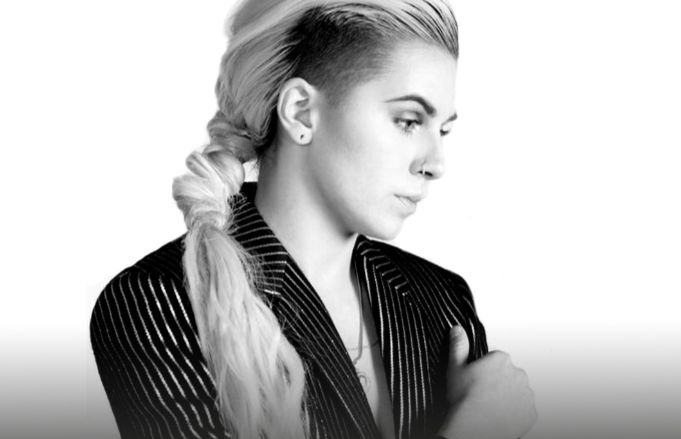 On the latest episode of the Backstage podcast, AP founder Mike Shea informs PVRIS frontwoman Lynn Gunn that they have something in common: They’re both taphophiles. For the uninitiated (including this writer), taphophilia is the fascination of graveyards and cemeteries. “There’s a word for it?” Gunn asks. “It sounds dirty.” Gunn goes on to talk about her love of the macabre stemming from a childhood fascination with haunted house pop-up books in her local library and the cemeteries in her hometown of Lowell, Massachusetts.

Gunn waxes enthusiastically on such legendary locales as Highgate Cemetery in North London and Pére Lachaise in Paris where famous author Oscar Wilde and rock legend Jim Morrison are interred. She suggests to Shea that “maybe we had some weird past life thing where that was our thing that we went to go to,” before discussing regression therapy and how she came up with her own interpretations on the subject. “I could go super-in-depth with this,” she warns, “but people will think I’m fucking nuts!”

Shea also applauds the self-described introvert Gunn’s ability to have it both ways, with her down-to-earth demeanor dovetailing quite nicely with her dark aesthetic. He likens her to the mysterious international film star of the ’30s, Greta Garbo, but still coming off as affable. “You just gotta be real,” Gunn stresses. “Just do you and then people will pick up on whatever they want to or whatever they don’t want to. As long as you’re authentic and being true to yourself first and foremost, I think that’s the most inspiring thing to other people.”

At one point in the proceedings, Shea produces a natal chart for Gunn, commenting how Gunn’s generation is driven to explore realms “mysterious, remote or taboo.” Not surprisingly, she echoes that sentiment. “I think that with everything going on in the world, especially in the last few years, there’s a lot of people really digging into themselves and digging into other people and really dissecting things. I think that as things are perceived as being quite negative now, it’s definitely going to turn over. It’s almost as if the world is in some form of intervention. The first step is realizing there’s a problem. Then it’s diving into, ‘OK, how do we fix it?’”

Don’t worry: The podcast isn’t entirely about the dark. Shea engages Gunn with everything from the PVRIS lyric that best represents her current headspace; the numbers game of the music business and those moments when audiences need a kick in the ass. Check it out! And don’t forget about our latest issue, where Gunn spoke with writer Annie Zaleski about the physical and spiritual travails she found herself in while making the band’s latest album, All We Know Of Heaven, All We Need Of Hell.