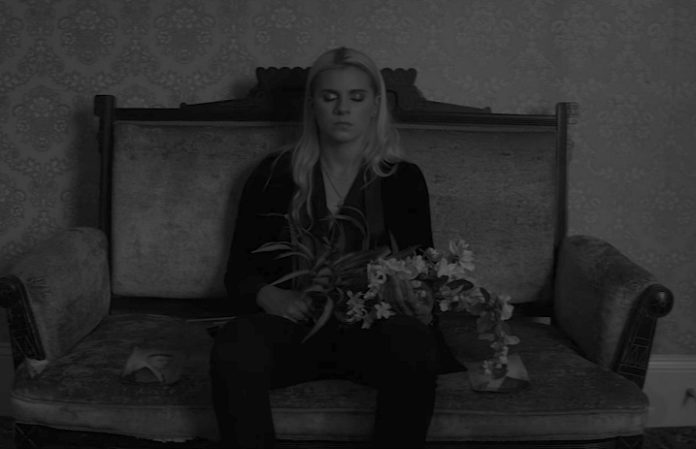 PVRIS have debuted a new song and music video for “Half,” taken from the band's forthcoming record All We Know Of Heaven, All We Need Of Hell.

Give the song a listen below!

Read more: PVRIS’ Lynn Gunn opens up on coming out

Our AP 332 cover stars began teasing their new era, culminating in a video called “All We Know Of Heaven, All We Need Of Hell.”

All We Know Of Heaven, All We Need Of Hell is one of our Most Anticipated releases for 2017. In our interview with Lynn Gunn, the frontwoman says:

“I can say that we're different—like, we as people. We recorded White Noise probably three years ago, so with this record, we have a lot more ideas. We have a lot more experiences to draw from, and just overall maturity as humans and writers. All those things combined into one. There's also more pressure on this one as well, but it's a good pressure, I think.

I definitely think there's quite a few different elements added in on this record, whether it's synth sounds, the guitar sound, vocal styling—stuff like that. It's pretty diverse and all over the place, but still has that PVRIS flair to it. I'm trying not to give away too much about it, because I still want to leave some mystery. It's definitely different. There's a lot of new and unique sounds added in on this record that will be prevalent throughout.”

Watch the video for “Half” here:

Exciting things are happening in the PVRIS camp. The band are out on tour with 30 Seconds To Mars and Muse, and they recently announced a North American headlining tour for the fall. Check out the cites and dates below!

What are your thoughts on PVRIS' new song? Let us know in the comments below!