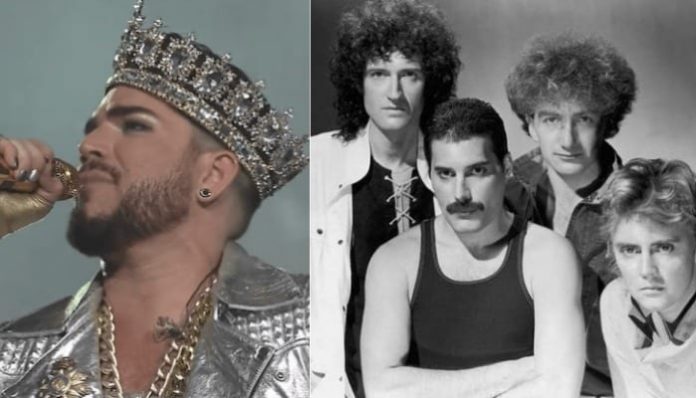 Queen and Adam Lambert are joining the efforts to raise money for the resulting devastation of the Australian fires at a benefit concert: Fire Fight Australia.

They will be performing alongside Alice Cooper, k.d lang, Olivier Newton-John and more.

The band and Adam Lambert will be doing the set in between dates of their current Australian The Rhapsody tour.

YES !!! It’s official. We’re donating our stage from our QAL show the previous night in Sydney for this great line-up of talent to raise money for Bushfire Relief. FIRE FIGHT AUSTRALIA will kick off from 1pm and run till late at ANZ Stadium, Sydney Olympic Park on Sunday 16 February 2020.

YES !!! It’s official. We’re donating our stage from our QAL show the previous night in Sydney for this great line-up of talent to raise money for Bushfire Relief. 💥💥💥💥 FIRE FIGHT AUSTRALIA will kick off from 1pm and run till late at ANZ Stadium, Sydney Olympic Park on Sunday 16 February 2020. Tickets go on sale at 12 Noon (AEDT) today at www.ticketek.com.au and are priced at $100, $85 and $70 with an option to make further contributions to bushfire relief during purchase. Ticketek Australia is the only authorised seller of FIRE FIGHT AUSTRALIA tickets. Do not pay more than the prices listed for your tickets. All concert ticket profits and all contributions through Ticketek will go towards key organisations providing vital “Rescue”, “Relief and Recovery” and “Rehabilitation”. • “Rescue” – Rural and regional fire services in affected states • “Relief and Recovery” – Red Cross Disaster Relief and Recovery • “Rehabilitation” – The RSPCA Bushfire Appeal Fans can also donate to bushfire relief through www.firefightaustralia.com All Media Enquiries: [email protected] All Other Enquiries: [email protected] Bri

Adam Lambert also took to social media to announce his involvement with the show.

Proud to be performing with @QueenWillRock at #FireFightAustralia this February!! Help us support national bushfire relief. Tickets go on sale TODAY at 12pm AEDT from https://t.co/XPRNQrdnZ6 pic.twitter.com/aCKwy3NN6r

The show will take place on Feb. 16 at ANZ Stadium. Tickets are available here.

All ticket profits will be donated to various organizations such as Red Cross Disaster Relief and Recovery and the RSPCA Bushfire Appeal. Donations will also be going to Australian local and regional fire services throughout the country.

Comedy giants Joe Rogan, Jim Jeffries and Whitney Cummings have teamed up to appear at Stand Up For Australian Fires, the Australia wildfires benefit show taking place Jan. 26 at the Novo in Los Angeles.

Proceeds from the event–co-produced by Kevin Lyman and Joe Sib–will go to Wildlife Warriors, the Australian nonprofit dedicated to the protection of that country’s wildlife.

The event will be hosted by L.A.-via-Australia standup Monty Franklin, who can be seen on Rob Schneider’s Netflix series Real Rob. Franklin teamed up with punk-rock movers and shakers Kevin Lyman (Warped Tour) and Joe Sib (SideOneDummy) to put together an event that aims to bring awareness to the massive ecological disaster that the country is facing.

There will also be funding outreach to generate donations to help assist and preserve Australian wildlife.

Funds from the benefit event will be used to assist the Australia Zoo Hospital. The money will be disbursed to send medical supplies to rescuers and carers on the frontline of fire-affected areas; purchase food preparation equipment for wildlife care groups to cater for the huge number of patients; and to construct a climate-controlled intensive care ward for the ever-growing number of koalas harmed by the fires.

What do you think about Queen and Adam Lambert performing at Fire Fight Australia? Sound off in the comments below!