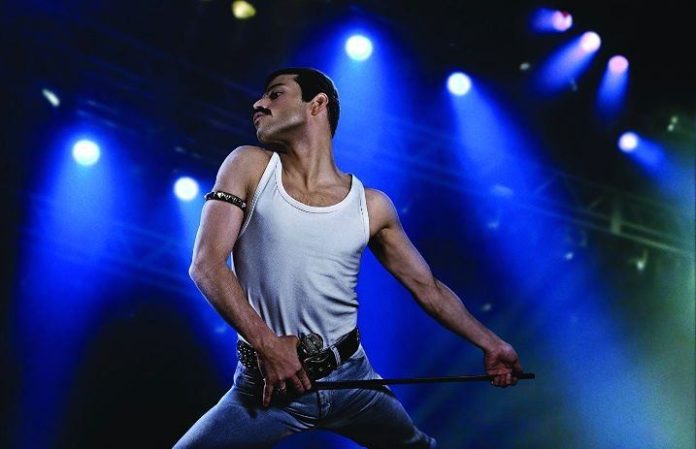 Read more: Get a first look at Rami Malek as Freddie Mercury

Over a year since it was first announced—and following a turbulent production history that saw Bohemian Rhapsody director Bryan Singer replaced with Dexter Fletcher—the movie's release date has been moved up from a Christmastime premiere. Below, keep yourself alive with Malek in Mercury-mode, Gwilym Lee as guitarist Brian May, Joseph Mazzello as bassist John Deacon, and Ben Hardy as drummer Roger Taylor.

It will rock you: