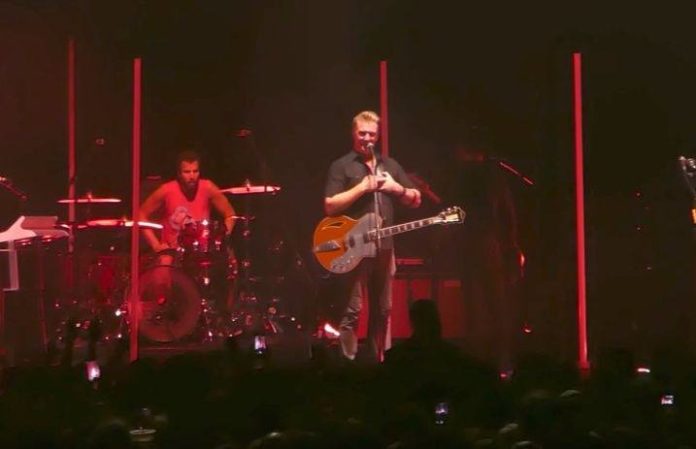 Queens Of The Stone Age’s Josh Homme broke up a fight during the band’s show in New York at Madison Square Garden, taking a moment during their set to call out a fan when he noticed a fight in the crowd.

The incident was noted after the band's song “Villains,” and after calling out the fans, the band headed into the track “Domesticated Animals” at the legendary NYC venue.

“What’s going on? Is this something like a fight?” Homme asked. “We’re not here to fight. If you want to fight, stick your head up your ass and fight for air—and get the fuck out.”

Watch the footage below:

The band recently released their seventh album Villains, and they’ll be headed on a short tour with Foo Fighters in South America next year.

What are your thoughts on the incident? Let us know in the comments below.