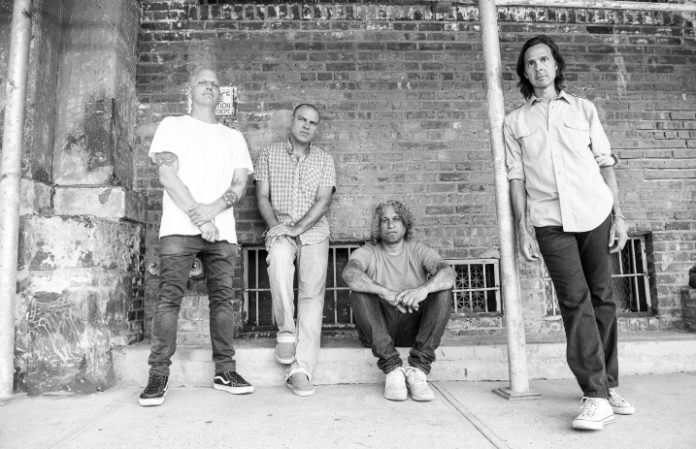 New York-based hardcore band Quicksand haven't released a new in album in 22 years, but that's all about to change with the announcement of Interiors.

Check out when it's releasing, plus listen to their newest single, “Illuminat,” below!

Quicksand's return started with a special one-night-only show in Pomona, California which ended with a cover of The Smiths' “How Soon Is Now?” A year later, the band toured North America for the first time in 13 years.

While we were all definitely excited to have the band performing live again, we also really wanted some new music which is why we can't stop listening to Quicksand's newest single “Illuminat”

“Illuminant” is the lead single and opening track from their new album Interiors. Check it out below!

Interiors is the band's latest release since their sophomore album, Manic Compression, released in 1995.

“It was all just about being ourselves and who we were as well as who we are,” says frontman Walter Schreifels. “We did it for us completely.”

Interiors will be released on November 10 through Epitaph and can be pre-ordered here!

But that's not all, as Quicksand is also hitting the road again with a North American tour this fall. Check out the track list and upcoming dates for Quicksand below!