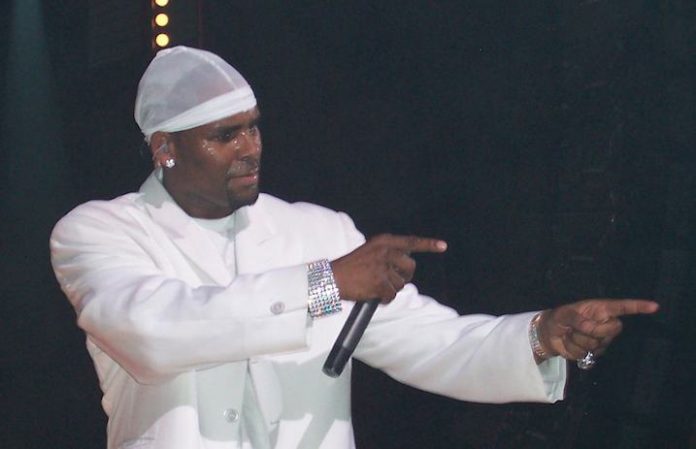 Spotify is removing material by R. Kelly from its playlists after the singer's long history of sexual misconduct allegations has again come to the fore, spurred by Time's Up's #MuteRKelly campaign and related boycott of the musician.

As reported by The New York Times, Kelly's music—along with that of beleaguered rapper XXXTentacion—is being pulled from playlists due to Spotify's new hate content policy, which aims to curb questionable music from being explicitly promoted by the streaming service.

Kelly's been accused of “holding women in a multi-state sex cult,” per Consequence Of Sound, following his 2008 acquittal on sex charges with a minor. Journalist Jim DeRogatis has conducted a multi-year investigation (via Vox) into the singer's alleged misconduct.

“We are removing R. Kelly's music from all Spotify owned and operated playlists and algorithmic recommendations such as Discover Weekly,” Spotify said in a statement to Billboard. “His music will still be available on the service, but Spotify will not actively promote it.”

The streaming company's decision to remove Kelly's music comes after a recent crackdown on white supremacist music on the service. The company further clarified their position on eliminating Kelly's music from their playlists.

“We don’t censor content because of an artist's or creator's behavior,” Spotify delineated of their decision to pull Kelly's music. “But we want our editorial decisions—what we choose to program—to reflect our values. When an artist or creator does something that is especially harmful or hateful, it may affect the ways we work with or support that artist.”

The point above gets a bit murky, as Spotify professedly doesn't “censor content because of an artist's or creator's behavior,” but yet they have removed Kelly's material following continued reports of sexual misconduct.

That's an important point to consider, as artists like Brand New—whose frontman Jesse Lacey last year was accused of sexual misconduct with a woman when she was a minor—currently remain on  Spotify's official playlists.