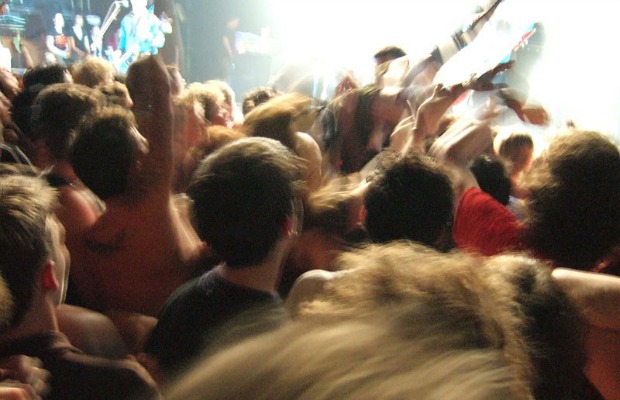 At the end of the show, longtime Patnera frontman Phil Anselmo nazi-saluted the crowd and yelled, “White power!” The moment was caught on film by YouTube user Chris R, who had originally removed it from his upload, but later shared it in full.

“A very sad moment, and, to me, ruined the night!” reads the video’s description. “This is not what Pantera is about! Absolutely uncalled for and I can see why Vinny Paul wants nothing to do with this man.”

Anselmo responded in the video’s comment section via Housecore Records’ YouTube account. “Ok folks, I’ll own this one, but dammit, I was joking, and the ‘inside joke of the night’ was because we were drinking f—ing white wine, hahaha…” he wrote. “Of all f—ing things. Some of y’all need to thicken up your skin. There’s plenty of f—ers to pick on with a more realistic agenda. I f—ing love everyone, I f—ing loathe everyone, and that’s that. No apologies from me.”

Read more: We reached out to 37 female musicians about their experiences with sexism, only 5 responded

Today, Machine Head frontman Robb Flynn shared a lengthy video on racism in metal and why it needs to stop. “I haven’t felt connected to the metal community for quite sometime now,” he said. “I don’t get it. I don’t get how this kind of shit is tolerated; I don’t get how this shit is even blown off as acceptable.”

You can hear all of what he had to say below—and I suggest you do. It’s an incredibly important statement towards the metal community.