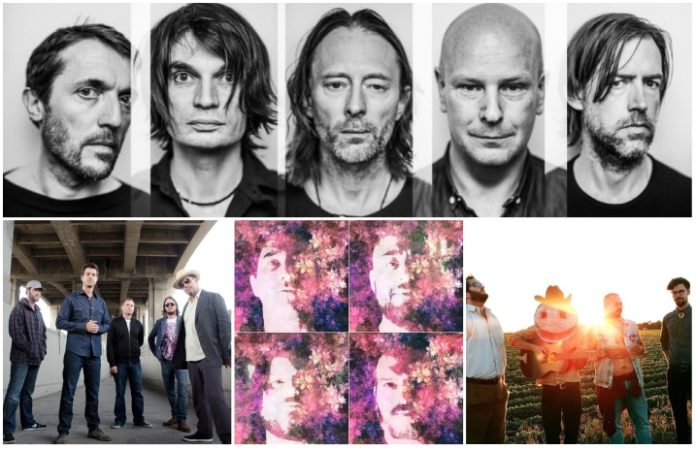 Radiohead reveal an updated version of “Bloom” with movie composer Hans Zimmer, 311 unveil a new music video, and Vexes do some geometry on their new song “Lift.” Check out the news you might've missed today below.

“'Bloom' was inspired by the original Blue Planet series,” Radiohead singer Thom Yorke says in a press release. “So it's great to be able to come full circle with the song and reimagine it for this incredible landmark's sequel.”

311 drop a fresh clip for “'Til The City's On Fire,” the latest single from this summer's Mosaic album, the band's twelfth full-length. Peep the new video above, check out the band's tour dates below, and come original, y'all.

New Jersey rockers Vexes aim to lift your spirits today with the premiere of their debut single “Lift” over at Metal Injection. The group's forthcoming album Ancient Geometry is expected to hit sometime early in the next year.

Chicago's Longface premiere this crazy and extremely trippy vid for their tune “Howdy,” animated by experimental rapper Nnamdi Ogbonnaya, over at the 405. The group's new album Hillbilly Wit is due out on Oct. 27.

Born Without Bones flex their muscle

Born Without Bones share their new music video for “Muscle” courtesy of Substream Magazine. The band's new album Young At The Bend is out now.