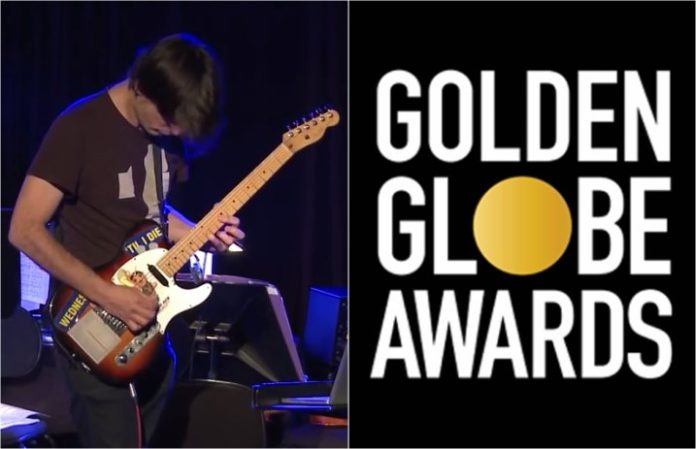 It looks like Radiohead's Jonny Greenwood is up for a Golden Globe Award this year: The guitarist and composer has been nominated in the Best Original Score category for his soundtrack work on Paul Thomas Anderson's new movie, Phantom Thread. This would be Greenwood's first-ever Golden Globe.

The English musician, who's scored each of Anderson's film since 2007's There Will Be Blood, comes up against some Hollywood soundtrack heavyweights for 2017's Best Original Score award. As reported by Variety, both famed Star Wars saga composer John Williams and The Dark Knight music man Hans Zimmer are nominated for their scores in Steven Spielberg's The Post and Christopher Nolan's Dunkirk, respectively. Talk about some heavy competition!