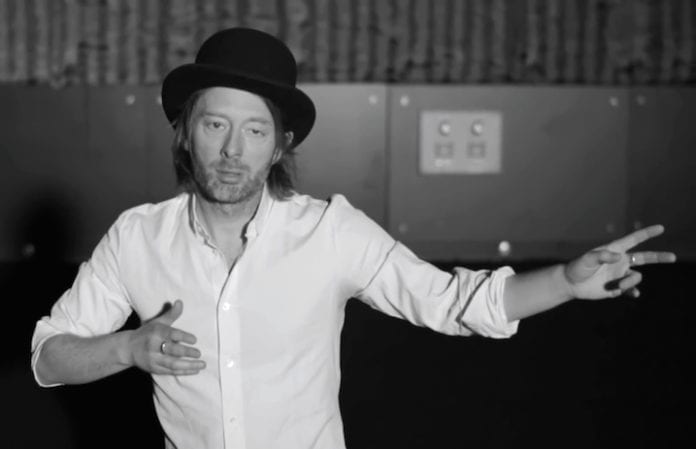 With the excitement surrounding Radiohead's upcoming 20th anniversary reissue of their landmark 1997 release, OK Computer, the band are revealing previously untold details about the album's making—including frontman Thom Yorke's insistence that the recording location was haunted.

It's long been known by diehard Radiohead fans that OK Computer was primarily recorded at St. Catherine's Court, a manor in the English countryside. (Interestingly, the mansion was owned by actress Jane Seymour at the time.)

Now, in a new OK Computer retrospective over at Rolling Stone, Yorke claims he was targeted by ghosts during the band's stay at the mansion.

“Ghosts would talk to me while I was asleep,” the Radiohead singer recalls of Radiohead's residency at St. Catherine's in the fall of 1996, while working on the music that would come to comprise the band's lauded third album.

“There was one point where I got up in the morning after a night of hearing voices and decided I had to cut my hair,” Yorke remembers. He says he used “the little scissors on a penknife” to try out the apparition-induced 'do.

“I cut myself a few times. It got messy. I came downstairs and everyone was like, 'Uh, are you all right?' I was like, 'What's wrong?'”

“Phil very gently took me downstairs and shaved it all off,” Thom says.

Let us know what you think about Thom's ghostly crew cut in the comments.