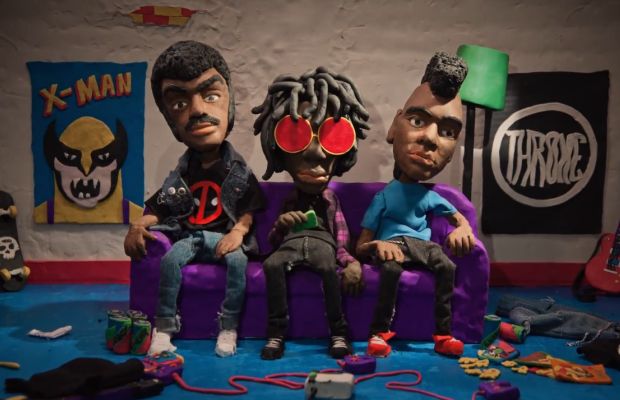 Missouri rock trio Radkey have unveiled an absolutely crazy new video for their single, “Glore,” taken from their recently released debut LP, Dark Black Makeup. “Glore” is a relentlessly fast-paced punk number that makes you want to skate and destroy, and its new video, directed by Nicos Livesey, perfectly accentuates that notion. The claymation clip features the three Radkey brothers experiencing all sorts of insanity and demented clay versions of instantly recognizable characters who mostly burst into splattered, bloody messes or transform into things like video game consoles. It's seriously great.

According to The Guardian, where it premiered, the video took 10 weeks to make, which doesn't seem crazy given the fact that it apparently took five stop-motion animators, 435 bars of clay and other materials to complete it. Watch it below and let us know what you think. Dark Black Makeup is available now through iTunes.