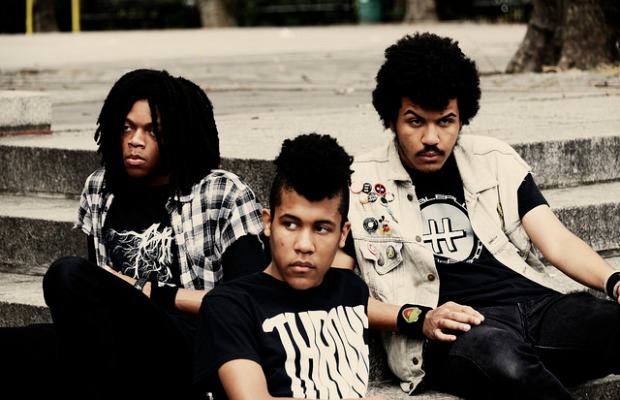 Missouri rockers Radkey (AP Recommends) have released a new single, “Feed My Brain,” which was mixed by Ross Orton, who helped produce to the latest Arctic Monkeys album. The track is scheduled for digital release on March 4.

The band have been busy writing songs to follow up last year’s Cat & Mouse and Devil Fruit EPs.

“'Feed My Brain' is a really new kind of song for us, “explains bassist/vocalist Isaiah Radke. “We took a slightly different way of song writing with this track as we've never made a pretty slow tempo rock really hard before. Recording it was really cool because we weren't 100% sure if it'd sound exactly how we'd pictured it and played it live. We recorded at Westend Studios in KC with Justin Mantooth, and recording there had a lot to do with how the song ended up sounding tone wise. This new single definitely means a lot to us.”

Stream “Feed My Brain” below, and tell us what you think.