This is the first time the iconic Los Angeles band have toured together since 2011. Further maintaining their political stance, RATM are working with multiple charities and activist organizations throughout the tour. All of the proceeds from the shows in El Paso, Texas, Las Cruces, New Mexico and Phoenix, Arizona, will go to immigrant rights initiatives.

The announcement was made shortly after a Pittsburgh radio station’s since deleted teaser sparked theories of an upcoming gig. The speculation stretches back even further after the band posted a list of dates in November. With Coachella confirmed in January, RATM are now announcing the rest of the run, which includes previously revealed Firefly Festival and Boston Calling.

Sonically bracing and unapologetically political (consider the “Fuck you, I won’t do what you tell me” refrain in “Killing In The Name”), their attitude and awareness of the world wasn’t always left onstage.

Rage walked the walk, always courting controversy with acts that included teaming up with film director Michael Moore in 2000 to roll up on the New York Stock Exchange; walking onstage naked at Lollapalooza in 1993 with duct tape over their mouths to protest censorship; getting their second song cut during their stint on Saturday Night Live when they draped upside-down American flags over their amps; and seeking justice for controversial figures as Leonard Peltier and Mumia Abu-Jamal.

Since the band’s hiatus, the members have pursued other projects with Morello, Wilk and Commerford performing in Prophets Of Rage sans de la Rocha, who released an EP under the project name One Day As A Lion on Anti-Epitaph in 2008. Given the divisiveness of the current American political system, RATM reconvening couldn’t come at a better time for generations of music fans to address that eternal question: Whose side are you on?

Tickets go on sale Thursday, Feb. 13 at 11 a.m. local time here. Check out a full list of dates below with newly revealed stops in bold.

On sale Thursday, February 13 from 11am local at RATM.com. Poster by @VirgilAbloh.

*no Run The Jewels 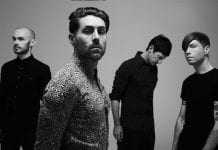 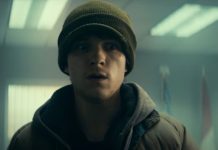 Post Malone donated 10,000 pairs of his sold out Crocs to frontline workers