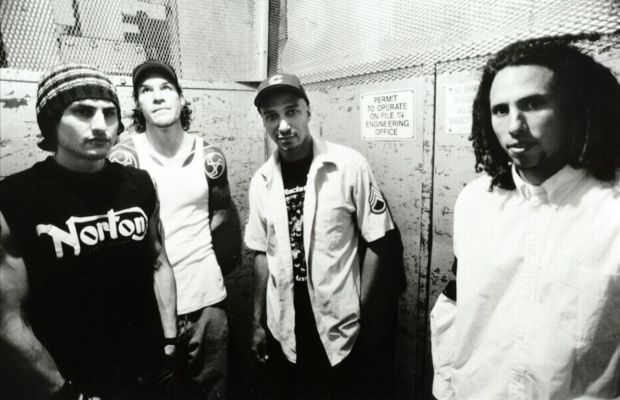 On October 16, famed rap-metal four-piece Rage Against The Machine will be releasing Live At Finsbury Park on DVD, Blu-ray and digitally as well. The concert was filmed in high definition at London’s Finsbury Park on June 6, 2010 and features some of the band's most popular tracks, including “Killing In The Name,” “Bulls On Parade,” “Guerrilla Radio” and “Sleep Now In The Fire.”

The information for the video release explains: “In late 2009, a successful campaign was launched by English DJ Jon Morter and his wife Tracy to promote an alternative to the omnipresent X-Factor winner being the Christmas #1 hit in the UK singles chart. The track they nominated was Rage Against The Machine’s “Killing In The Name.” The band supported the campaign, donated the proceeds from the sales to charity and lead singer Zack de la Rocha promised that Rage Against The Machine would perform a free concert in the UK to celebrate the achievement. This is that concert.”

Below, you can find a performance video of “Killing In The Name” from Live At Finsbury Park along with the release's cover art and track listing. Digital pre-orders will being on September 11 through iTunes.