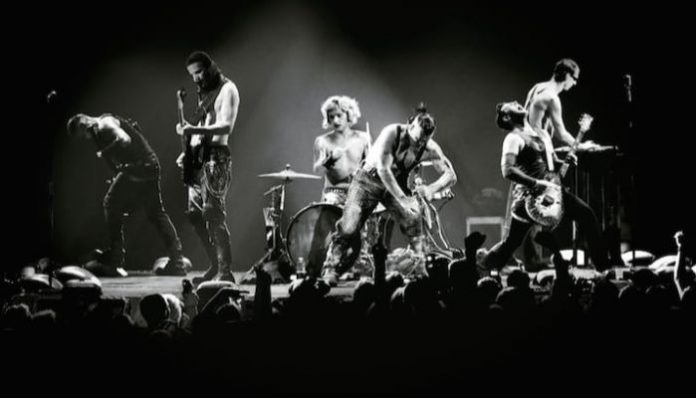 Rammstein have come under fire for using alleged Holocaust imagery in a teaser trailer that was released yesterday. While the band do not use direct footage of the Holocaust, Jewish leaders and government officials have voiced their opinions regarding the teaser.

According to NME, those who have spoken out about Rammstein’s teaser have called attention to the band’s striped prison uniforms while they wear nooses around their necks.

“With this video, the band has crossed a line,” former president of the Central Council of Jews in Germany, Charlotte Knobloch says in a story with Bild. “The instrumentalization and trivialization of the Holocaust, as shown in the images, is irresponsible.”

Additionally German commissioner for anti-semitism, Felix Klein says, “I think it is a tasteless exploitation of artistic freedom.”

You can watch the teaser and decide for yourselves below.

The teaser in question is to promote new single “Deutschland,” which will be released this afternoon.

The band have not responded to the allegations at the time of press.

In other Rammstein news, the band are releasing a new album on May 19.

According to Consequence of Sound, the untitled album will be the first studio release for the band since their 2009 album Liebe ist für alle da.

“I think it’s going to be an album that has a certain kind of potential that Rammstein hasn’t achieved yet,” guitarist Richard Kruspe says. “For me, one of the reasons to step back into making records with Rammstein was to balance the popularity of the band as a live act with the actual music. With Rammstein, people tend to talk about the fire and all the live stuff. I thought, ‘I don’t want to be another KISS,’ where people talk about makeup and stuff like that and no one talks about the music.”

What do you think of the recent backlash regarding Rammstein’s teaser? Sound off in the comments below.