Various pieces from the new collection have already sold out.

Rammstein are taking their merch to the next level with a new capsule collection. The industrial metal band are teaming up with Balenciaga for a line of clothes that is unlike anything they’ve done before.

The Rammstein x Balenciaga collection includes nine original pieces that are already selling out. As well, the new collection is accompanied by an exclusive Apple Music playlist curated by the band.

Read more: Here are 10 vintage band shirts we know you wish you owned

As it turns out, Balenciaga’s creative director Demna Gvasalia is a massive Rammstein fan. Before he left Vetements in 2019, the luxury streetwear brand he co-founded in 2014, Gvasalia released a few highly sought-after merch items inspired by his love for Rammstein. More recently, some of their heavy tracks were included on Balenciaga’s Apple Music playlist last year. So, it was really only a matter of time before Gvasalia’s love for the band eventually trickled into Balenciaga designs.

This week, Rammstein officially dropped their nine-piece unisex collection with the brand. The luxury collection features two different T-shirts, a long sleeve, a cropped hoodie and a boxy hoodie, all of which have a photograph of Rammstein on the front. The image was shot by Gottfried Helnwein and is an outtake from a 1998 photoshoot. As well, the collection includes a black baseball cap, a fanny pack, a backpack and a long raincoat that all have the band’s signature logo on the front.

However, the collection does come with hefty price tags. Pieces start at $495 for the distressed Rammstein cap and go up to $2,250 for the black raincoat. As well, the fanny pack, backpack, long sleeve shirt and hoodies have already sold out.

Read more: 10 bands who still have their original lineup over 20 years later

Currently, both the raincoat and boxy T-shirt are up for preorder, and the baseball cap and small fit T-shirt are still available to purchase. For those wanting to get their hands on the pieces that are already sold out online, the entire collection is also available at Balenciaga locations.

The Rammstein x Balenciaga collection is available to shop here. 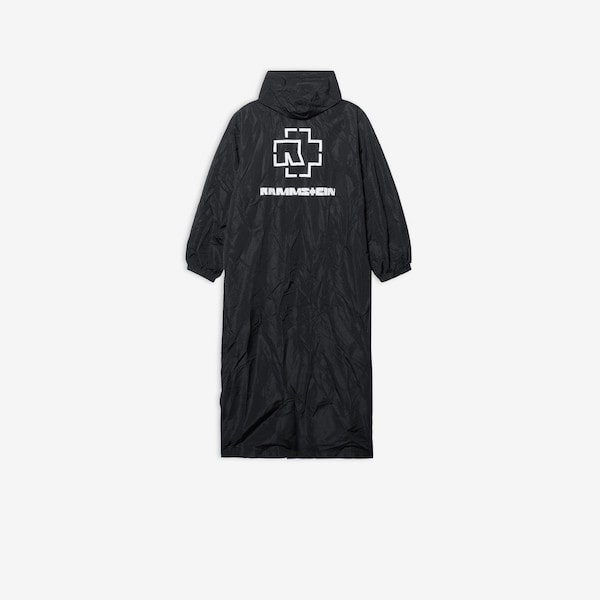 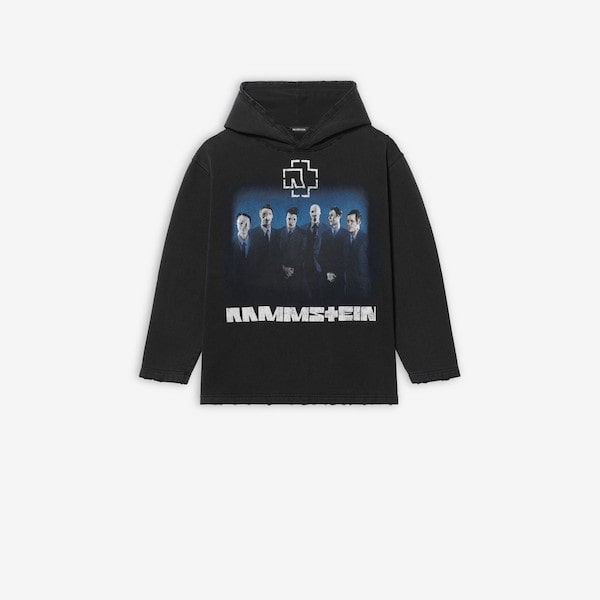 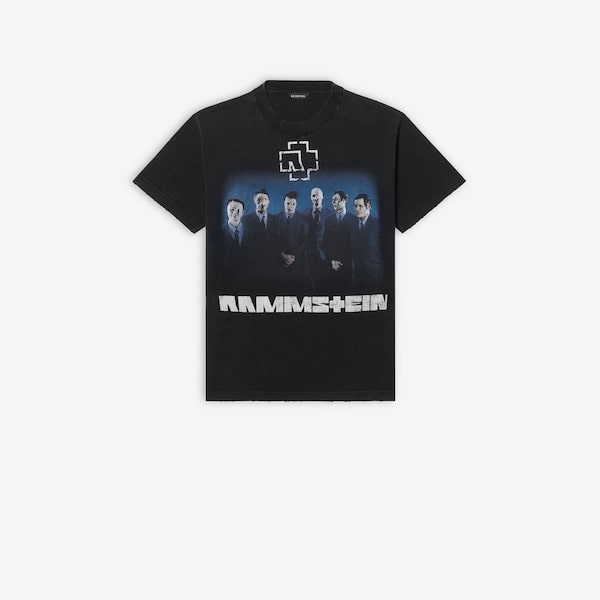 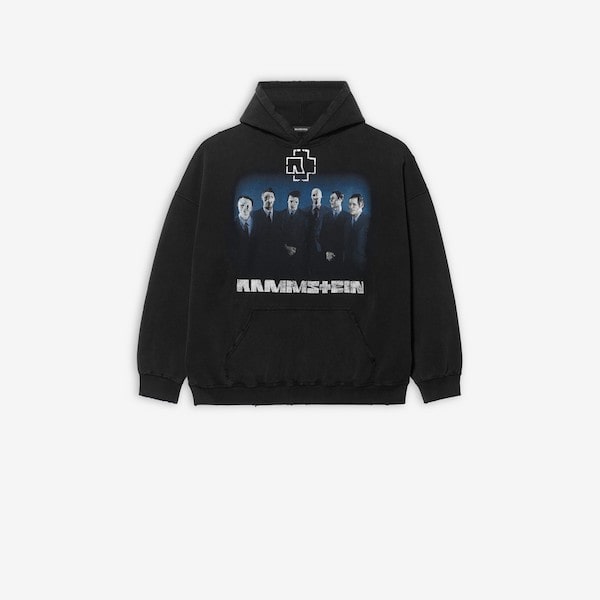 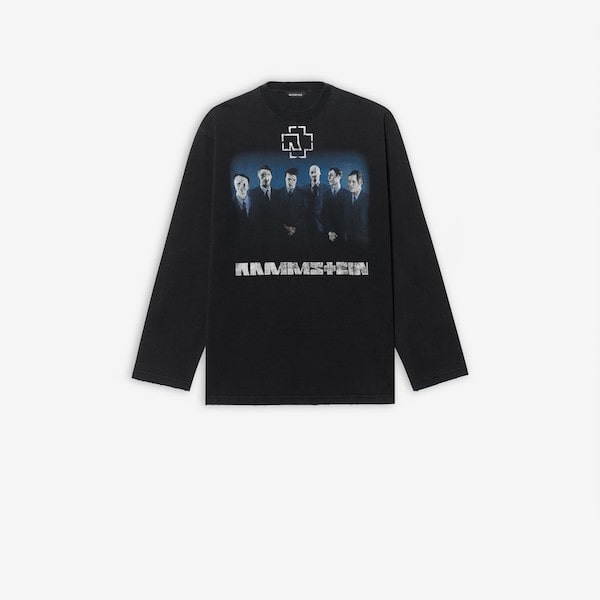 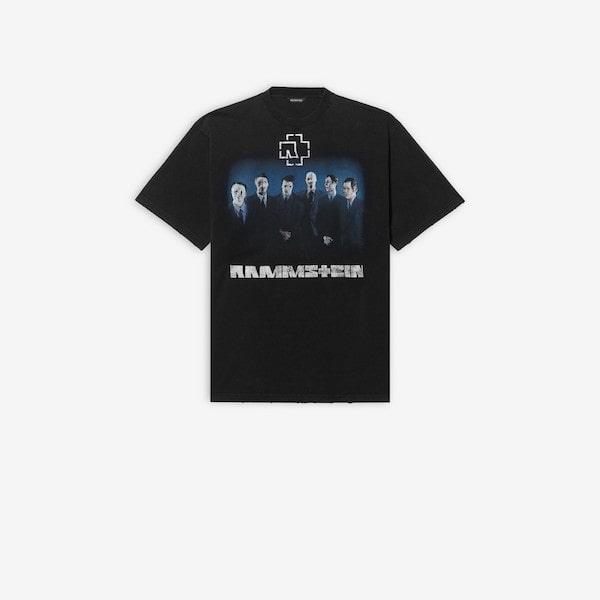 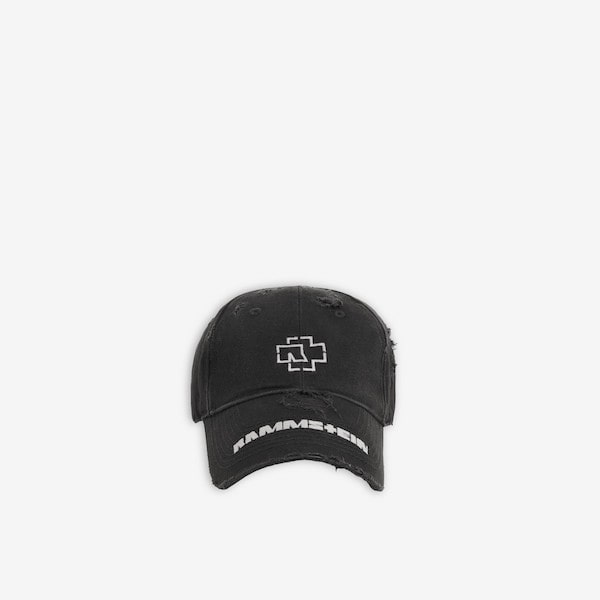 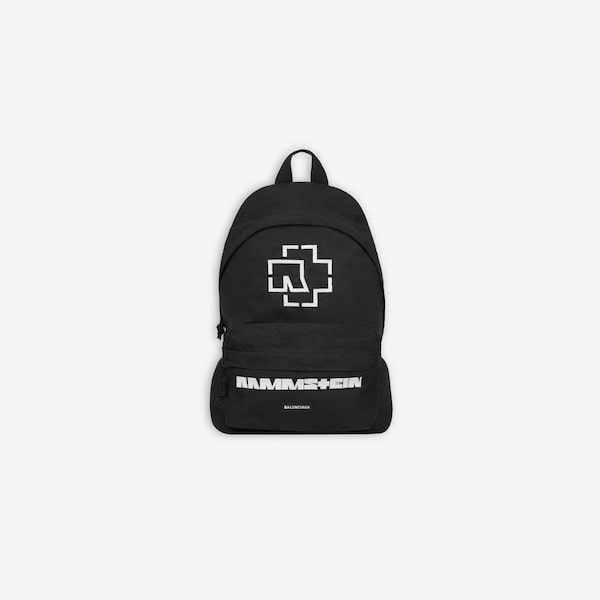 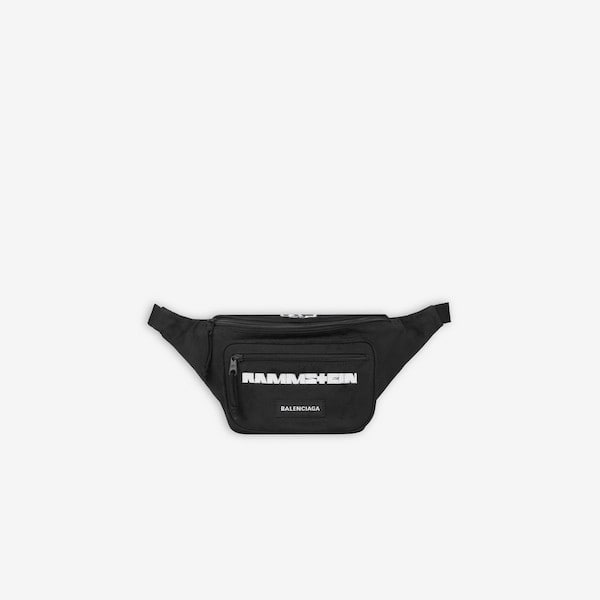 As part of the capsule collection’s launch, fans of the band modeled the new merch as part of the ad campaign. According to Dazed, the images feature die-hard Rammstein fans Mona (first photo), Torsten (second photo) and Helena (third photo).

The trio have been fans for decades and were handpicked on Instagram by Gvasalia to model for the new collection. All of the images were captured by Patrick Welde and show each fan surrounded by all of their Rammstein merch and paraphernalia they’ve collected over the years.

Read more: Hit Like A Girl opens 2021 drumming contest voting—here’s how to support

The Rammstein x Balenciaga collection is also accompanied by an exclusive Apple Music playlist created by the band. As an official curator for Apple Music, Balenciaga selects artists to create original playlists that are based on their own personal tastes and influences.

Rammstein’s 30-song playlist truly shows the wide array of influences and artists they enjoy listening to. The whole thing kicks off with German electro-punk DAF’s “Der Mussolini,” off of 1981’s Alles Ist Gut.

Rammstein’s exclusive Apple Music playlist for Balenciaga is available to stream below.

Read more: 10 women vocalists who made the 2010s a monumental time for alternative

Rammstein fans can also purchase various Doctor Dick shirts, baseball hats, bags and even socks. There are also Doctor Dick condoms and some NSFW art pieces made and signed by Lindemann himself. To see all of Till Lindemann’s latest items for sale, head here.

What are your reactions to Rammstein’s new merch line with Balenciaga? Let us know in the comments below.