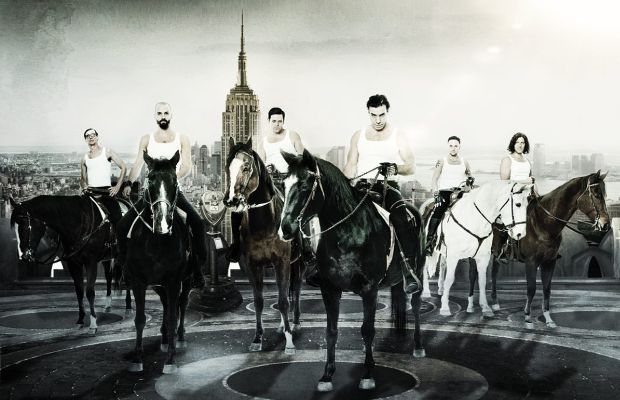 On September 25, German tanz-metal band Rammstein will release Rammstein In Amerika on both 2-DVD and 2-Blu-ray sets. The set, which you can see an image of below, will include the band's full, legendary, 101-minute concert at Madison Square Garden from 2010 (which sold out in 20 minutes) along with a making-of video for the band's sixth studio album, Liebe Ist Für Alle Da, and a feature-length documentary by Hannes Rossacher that chronicles the band's journey for over two decades. The documentary also features “extensive, previously unreleased footage and photos from the band archive.” A new trailer for the In Amerika doc is available now and can be viewed below along with the band's performance of “Rammlied” from that famed MSG concert.

Read more: Rammstein frontman confirms that the band will reunite in September

More information regarding the full, shiny Rammstein In Amerika set can be found here. It's available to pre-order now through Amazon.