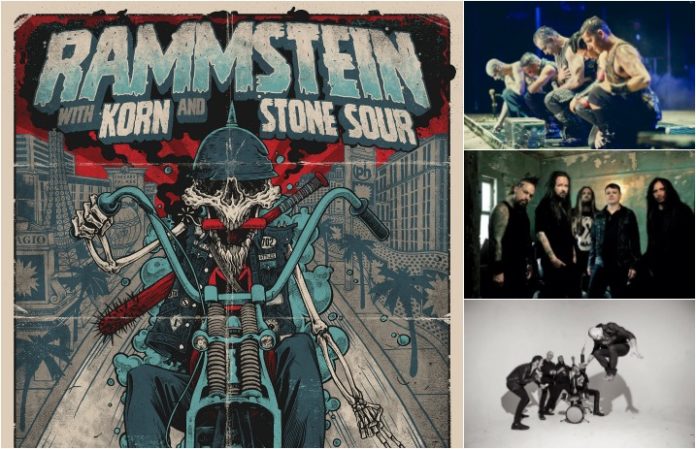 We thought that the Korn and Stone Sour tour couldn't get much better, but it turns out that it can with the addition of legendary German industrial band Rammstein.

Check out where this once in a lifetime show will be happening and when you can buy tickets below!

Korn already had the tour of the summer when it was announced that from June 6-25, Korn will be on the road with Stone Sour, Babymetal, Yelawolf and Islander, and then come July 19-August 2, the lineup will include Korn, Stone Sour, Skillet, Yelawolf and Ded.

However, this special show involving Rammstein and Stone Sour will be at the T-Mobile Arena in Las Vegas, NV during a break from their summer tour.

Korn released their twelfth studio album, The Serenity Of Suffering, on Oct. 21, 2016.

Korn's 2017 only gets busier and busier with the addition of this show. In February, the band announced an amazing spring tour with Animals as Leaders and DED. Check out the list of cities and dates for that tour here.

Rammstein's latest release was back in 2009 with Liebe ist für alle da. The album peaked at No. 13 on the Billboard 200.

Tickets for this amazing show will go on sale next Friday (3/31) here.

For now, this is a one-time show but we are definitely hoping that they go on tour together. Will you be seeing them live in Las Vegas?! Let us know in the comments!