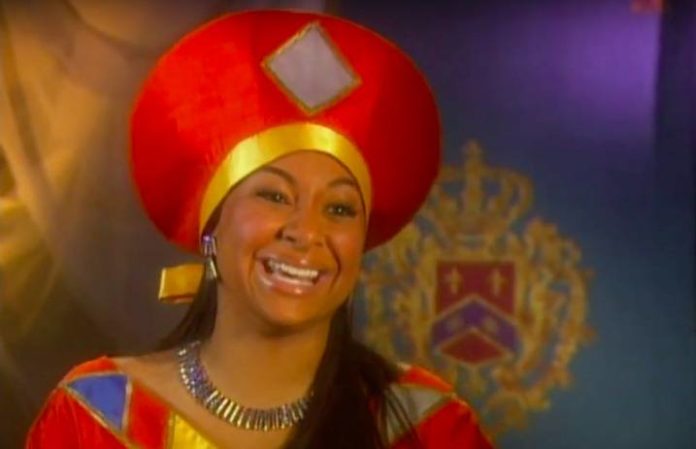 Oh snap! Raven-Symoné has now said that she'd return for Princess Diaries 3 alongside the other returning cast members!

Read more: Mark Hoppus is “furious” over this continuity error in ‘Beauty And The Beast’

Many other cast members including stars Anne Hathaway, Julie Andrews, and Chris Pine are anxious to work on a third installment of the popular Disney fanchise, and now That's So Raven star, Raven-Symoné is, too.

We think it would be awesome too, Raven!

According to Entertainment Weekly, earlier this year, costar Julie Andrews said she and Hathaway were willing to do it as a tribute to director Garry Marshall, who died in July 2016.

And speaking to the news source, Cabot did confirm that a script exists… “So, who knows? [It] could happen, as we say,” Cabot told EW.

While Disney still has not announced plans for Princess Diaries 3, with all the stars willing and ready, we know it'd be amazing.

We truly hope this comes to be—and couldn't wait to see what Mia Thermopolis and the gang have been up to since the last movie.

Are you ready? Sound off in the comments below!