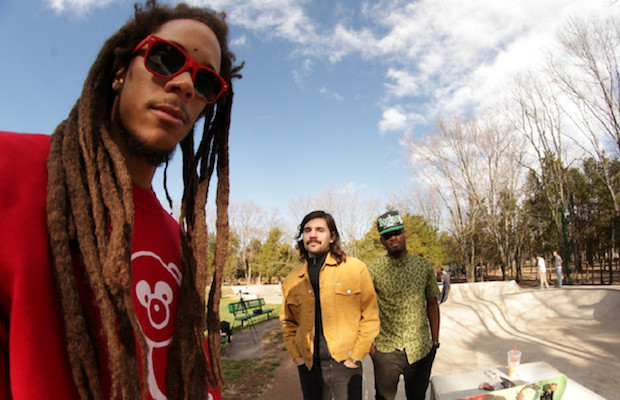 RDGLDGRN, who, as you may recall, took part in last summer's Van's Warped Tour, have premiered a new video for their song “Doing The Most.”

The track appears on the group's debut, self-titled LP, out now via Universal Republic.

“Doing The Most” was co-written and co-produced by Pharrell Williams, who appears in the video, and features Dave Grohl on drums. Grohl introduces the video and explains how he wound up recording drums for RDGLDGRN's entire album. Watch it below:

RDGLDGRN will hit the road with Aer later this month. Here's a full list of dates: