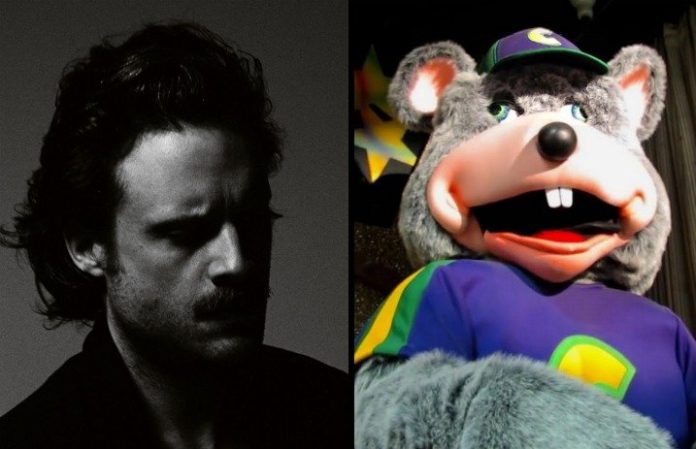 If you hadn't heard already, the terrifying Chuck E. Cheese animatronic band is soon to be no more.

We're…kind of heartbroken? But absolutely NO ONE is more upset than Father John Misty.

On his Facebook, the indie artist shared a lengthy eulogy to the creepy crew. Read it below:

“I typically don't eulogize over social media, but the shock and sadness I feel over losing this artist compelled me to humbly offer a few words in rememberence…

I started having birthdays at a very, very young age. As was the custom in pre-suburban Maryland, at the behest of my parents a dozen or so friends from school and church would join us at Chuck E. Cheese for pizza, games of skill and various proto-gambling amusements followed by gifts, cake, what have you.

Having been a professional musician for a few years now, I can appreciate firsthand not only the strain of trying to sustain a flow of creativity for so long but the rigorous, pretty unexotic feat of physical endurance just getting through a few hundred shows a year, plus all the travel, is. When I consider that this motherfucker was playing up to 5 sets a night all over the country simultaneously i am reminded that, yes, it can be done, and that just by getting on that stage every night and leaving everything up there, I am part of lineage, of a collective imagination that spans the generations. How he maintained that smile on his face, playing so consistently and with such little flash (even though I'm sure some nights he just wanted to stretch out and make it all about himself) is beyond me. Don't forget: this man's middle name was literally “Entertainment”.

None of this, however, has anything to do with why I fell in love with this mans playing. Chuck was an interpreter. He didn't write much, outside of his seminal “Happy Birthday” but neither did Frank fucking Sinatra. Like Sinatra, Chuck wasn't “the best”. But he had a style, and style cannot be taught; something we tend to forget in this era of manufactured pop stars. Max Martin would've had nothing to do with Cheese. He was a little thick around the waste, and certainly refused to change with protean fads in the culture.

He was never political, but he didn't need to be. Neoliberalism had just left the think tanks and had been deployed in service of combatting the rampant stagflation that had bedeviled the economy of the 70's. Chuck embodied the American ideal of the time while presaging the alternative currencies that we'd see 30 years later.

This man introduced me to music. Though the world may have moved on, the music remains.

There, there, Father. It'll all be ok.

Even if you've never heard of Father John Misty, you've probably heard of Ryan Adams. In a tweet since deleted, Adams called FJM “the most self-important asshole on Earth.”

But we'll let you guys pass judgement yourselves. What do you think? Let us know in the comments.