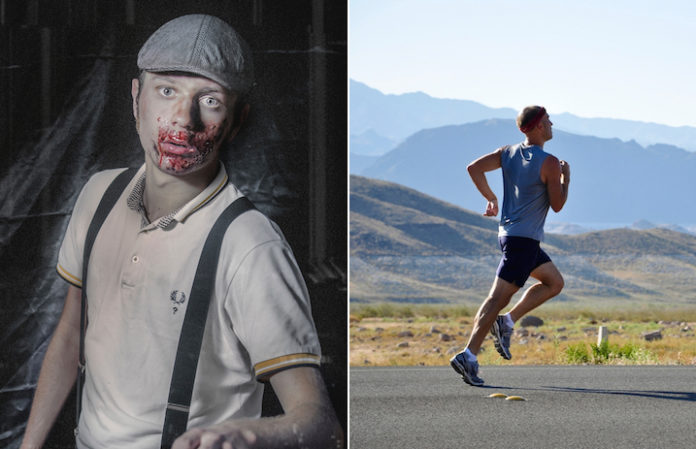 Real-life “zombies” are the fast ones, says neuroscience. The lazy, lumbering spectres seen in classic horror flicks like Night Of The Living Dead just don't compare to our closest experience of zombification: Sleepwalking.

Contrary to the slow pace of the fictional walking dead, those who “rise from the dead of sleep” tend to be pretty snappy, according to Ars Technica. A small study conducted by Current Biology found that sleepwalkers tend to have “better locomotor control and awareness” than non-noctambulists.

The single-blind study, published on Monday, tested the wits of 11 sleepwalkers and 11 non-sleepwalkers. The participants, while awake, were administered a movement test and given a mental exercise to do at the same time. Per Ars Technica, the sleepwalkers were the best at shaking it out:

“Even though the mental task was known to interfere with motor control, the sleepwalkers could still complete the movement test with the same accuracy and at their normal, brisk pace. But the extra brain work tripped up the non-sleepwalkers: they lurched through the movement task, even though they could perform it quickly when not mentally distracted.”

While the takeaways are “just preliminary hypotheses,” researchers believe the findings may indicate that sleepwalkers exhibit heightened awareness and enhanced neural control. Additionally, the research may help develop waking tests to determine if someone has a sleepwalking condition.

There you have it, sleepwalkers—you're more coordinated than the rest of us!

Watch more: Creeper star in APTV's “The Back Issue”