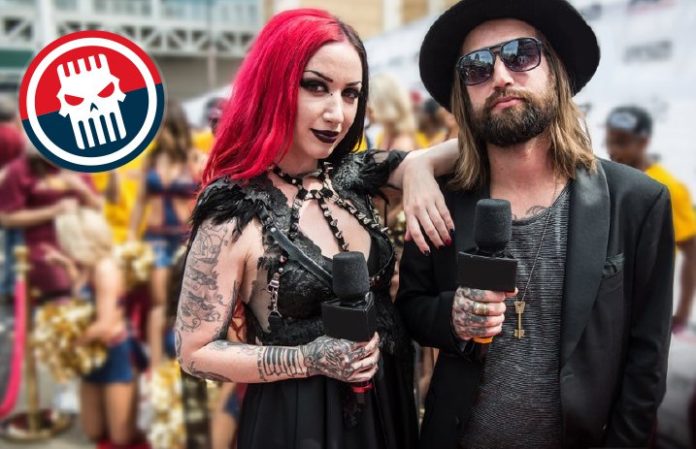 Ash Costello of New Years Day and Keith Buckley of Every Time I Die will return to host this year’s star-studded APMAs red carpet.

Fans also can watch the red carpet from their mobile devices via Facebook live stream with APTV correspondent Nick Major.

Get your tickets to the APMAs now! VIP PIT Experience available now!

This year’s APMAs, hosted by Alex Gaskarth and Jack Barakat of eight-time AP cover stars All Time Low, will broadcast live the evening of July 18 from the Schottenstein Center in Columbus, Ohio. The APMAs are offering a “punk-rock convention” as an alternative to the Republican National Convention taking place in the magazine’s hometown of Cleveland that night.

Check out video from last year’s red carpet with Keith and Ash below!

Visit our APMAs page for information on performers, honorees and presenters, tickets and VIP packages, pre-show parties, red carpet appearances and beyond. There are only 30 days left (!!!) to vote and help your favorite artists take home a Skully.