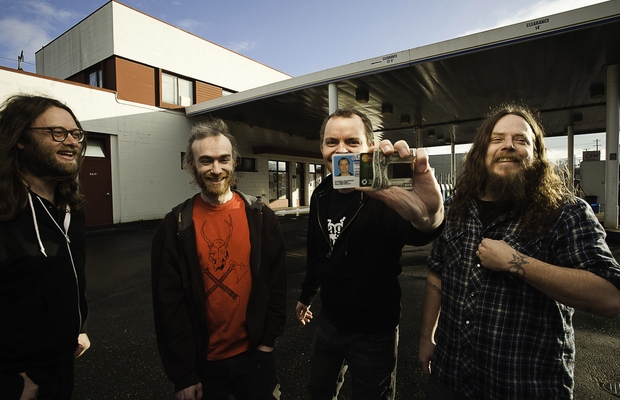 Portland, OR's Red Fang have unveiled assets for their new album, to be titled Whales And Leeches and due out this October on Relapse Records. Producer Chris Funk (the Decemberists) and mixing engineer Vance Powell (the White Stripes, Kings Of Leon) were brought back into the fold since working on the band's previous LP, 2011's Murder The Mountains.

The cover art designed by Orion Landau can be seen below.

The band are expected to announce their US fall tour next week.