The Red Hot Chili Peppers have some autographed memorabilia up for grabs on Ebay. The band teamed up with the charity organization MusiCares, a GRAMMY Foundation charity that “provides a safety net of critical assistance for music people in times of need,” according to the website. The items include a signed and framed copy of their Rolling Stone cover from April 27, 2000 when the band was touring for their 1999 album Californiacation.

The auction will run until June 10. Check out some of the items below. 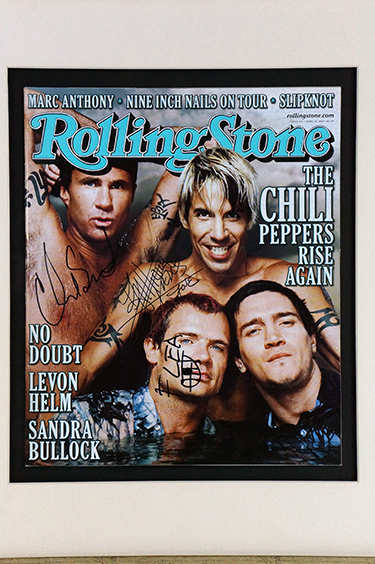