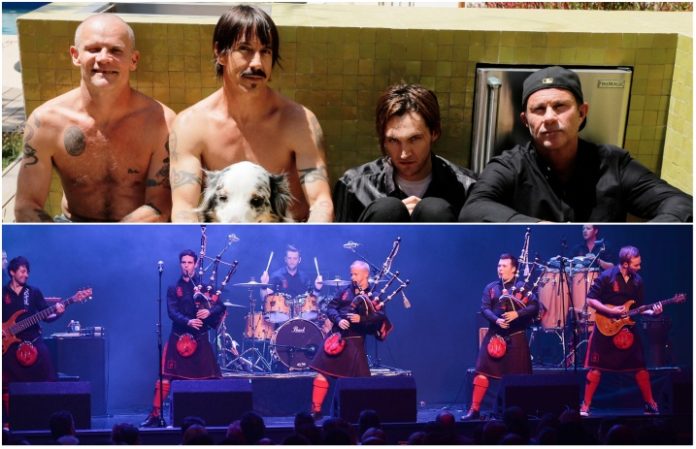 That's right, Duncan Robb and his girlfriend actually traveled to Ireland to see a bagpipe-led rock tribute act, initially believing they were going to see the veteran alt-rock crew of Anthony Kiedis, Flea and Chad Smith. The English couple planned the concert as a romantic getaway, and Robb thought he'd hit on a great deal for actual Chili Peppers tickets.

“Still can't believe we've flown over to Belfast not for the Chili Peppers but to see the 'world's best bagpipe band,' Chilli Pipers” the fan tweeted last week. “Thought I'd got a rate good deal on tickets [and] all. [What] a nightmare.”

Robb didn't notice the Chili Peppers vs. Chilli Pipers slip until a month after he'd purchased the tickets, which clearly read “Red Hot Chilli Pipers” (see below). The band-name-spelling novice's girlfriend figured it out when she realized Kiedis and co. weren't really due in Ireland for a concert.

“Fast forward a month and we get the actual tickets through the post—brilliant! Up they went on the board—still nobody had noticed my mistake,” he told Storyful. “It was only until the Wednesday before when my [girlfriend] wanted to know who was supporting them. She couldn't find anything about the Red Hot Chili Peppers performing in Belfast.”

All the same, what the Chilli Pipers bagpipe band have got, they've got-to-get-it-put-it-in-you: Robb and his partner apparently stayed for the bagpipe cover band's show and had a great time. “It was an experience, haha… couldn't believe the variety of songs they could play!” he tweeted after the gig.

Still can’t believe we’ve flown over to Belfast not for the @ChiliPeppers but to see the ‘worlds best bagpipe band’ @chillipipers … thought I’d got a rate good deal on tickets n’all. Had a nightmare pic.twitter.com/YO72amVR4I