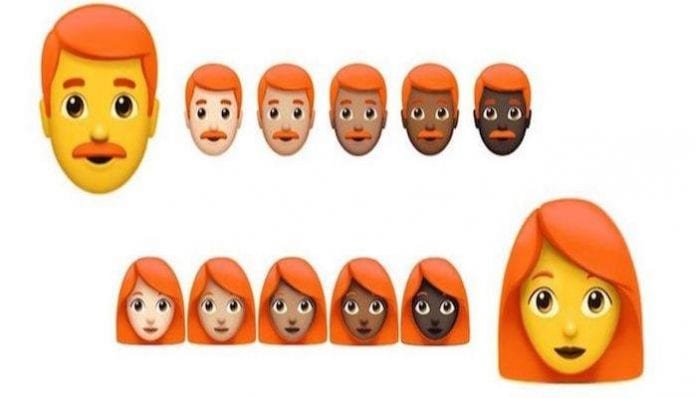 While they might have come out a little later than expected, redheads and Billy Corgan look-alikes can now be represented through emojis. In addition to the redhead emojis, bald and curly haired folks will also now be represented. Check out the new emojis set to release with iOS 12.1 below.

(but not at #AppleEvent) pic.twitter.com/5F0e3ebenE

First and foremost, you will want to back up your phone. If you choose not to do this, you risk losing all of your data, which wouldn’t be a good time for anybody. You can do this while on wifi through the iCloud. Go to settings, select your device, then press iCloud Backup and finally, “Back Up Now.”

According to Buzzfeed, you can also back up your phone through iTunes if you have run out of storage.

Next, enroll in Apple’s Beta software program. Enter your Apple ID when prompted and then download your profile onto your device.

Finally, you will want to update your device. After the update completes, you should be able to access the new emojis.

Once the emojis come out for everybody, you can also delete yourself from the public beta by removing your public beta profile. Yup, it’s that easy.

A Frisbee, lacrosse, red gift envelope and bagel emojis will also debut with iOS 12.1. Additionally, a salt shaker, a llama (alpaca?) and a skateboard will make their way to your keyboards soon. Check out more of the forthcoming emojis here.

The redhead emoji was teased back in July as a part of World Emoji Day.

Red hair, curly hair, bald: A new batch of emoji hairstyles may be on the way https://t.co/hXUWNuxD46 pic.twitter.com/lCYdVMPlb7

Are you stoked about the new emojis? Let us know in the comments below.