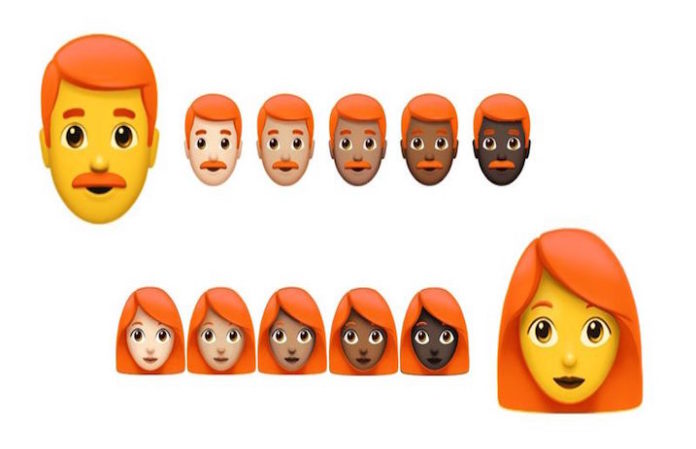 Gingers rejoice! The redhead emojis were discussed at the Unicode Technical Committee meeting, hosted by Apple, and they've finally settled on a date: June 2018.

While emojis have gotten diverse since they first appeared on phones, many redheads are unhappy that their hair color is not a choice on emojis.

“The lack of a redhead emoji has been the most frequent complaint from users in the past three months, said Jeremy Burge, founder of Emojipedia (via the Telegraph).

The proposal from earlier this year suggested a few ways that redheads can be added to the list of emojis—offering an emoji with red hair, which users can pick the skin tone or add red hair and white skin as a modifier option for current emoji that can then be customized.

Along with the approved redheaded emoji, users will also have the option to choose from 67 new characters, including emojis with bald heads, curly hair and silver/white hair.

Red hair, curly hair, bald: A new batch of emoji hairstyles may be on the way https://t.co/hXUWNuxD46 pic.twitter.com/lCYdVMPlb7

BBC reports that two years ago, more than 21,000 people signed a petition calling for more redhead emojis, it reading: “Natural redheads may be rare at less than 2 percent of the world's population, but that is 138,000,000 iPhones waiting to happen.”

What do you want to see next? A frowning pile of poo? Sound off in the comments.