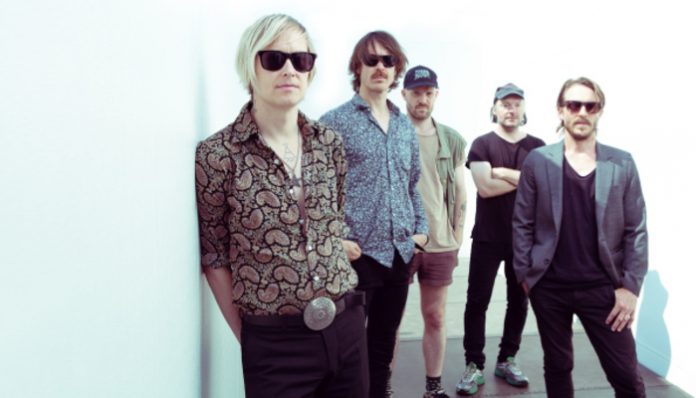 Refused‘s upcoming record is just a little over a week from being released, but they’re giving fans yet another new song before it arrives.

The band are offering up “Economy Of Death” alongside yet another new music video.

Refused first dropped “Blood Red” back in August with “Rev001” arriving in the middle of September. Both tracks came with accompanying visuals and the band are giving “Economy Of Death” the same treatment.

The new song brings a heavier approach than the previous tracks and has some solid hardcore riffs throughout with a melodic section sandwiched in the middle.

Frontman Dennis Lyxzén told Spin the band’s atypical sound wasn’t ever something they did intentionally but it has worked to their advantage.

“It was never deliberate. We set out to create music—good music—with twists and turns. People have called us ‘experimental,’ but that has never been our agenda. It’s all about the art and following the music and staying true to your ideals. With War Music, we agreed to just make 34 minutes of pure, raw, in-your-face music.”

“At the end of the day, you create the art that satisfies you. If you’re lucky, people will get it and hang out with you. The minute you start catering to other people’s ideas of what you are, that’s called ‘selling out.’,” he continues.

You can check out “Economy Of Death” in the player below.

The band are headed on tour with METZ and Youth Code at the beginning of 2020. You can pick up tickets here.

What do you think of the new Refused song? Let us know your thoughts in the comments below.