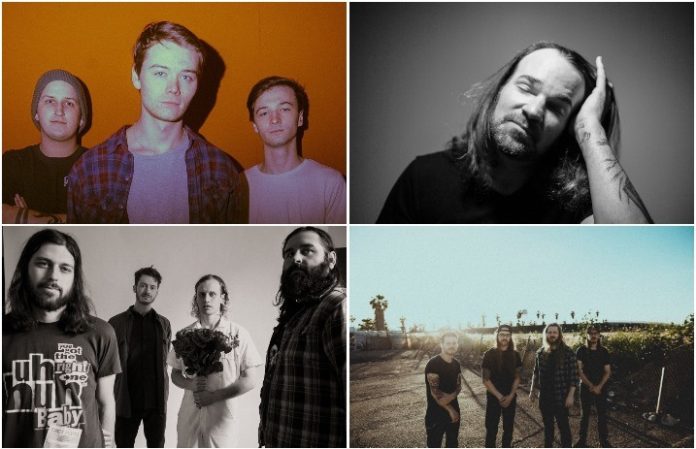 Watch new music videos from Reggie And The Full Effect, the Sidekicks and more—plus, don’t miss the Weekend Classic on tour. Check out the news you might have missed today below!

Reggie And The Full Effect shared a live music video for their song “Karate School.” The track is taken from the band’s album 41, out now via Pure Noise. You can snag your copy of it here.

2. The Weekend Classic announced a tour

TOUR ANNOUNCEMENT :: Midwest & Texas dates w @safebetofficial next month! This is coming up quick. Best see you there! // Flyer by Kyle Lusty

The Weekend Classic announced a spring tour with Safe Bet. You can check out a full list of dates below!

Against Me!’s Laura Jane Grace shared a touching video for “Park Life Forever.” The video shows a behind-the-scenes look at Grace’s life making music and her sweet relationship with her daughter, Evelyn.

4. Bad Wolves and From Ashes To New announced a co-headlining tour

Excited to announce that we'll be embarking on a co-headlining tour this summer with @FromAshestoNew and special guest @DIAMANTEband! ����

Bad Wolves and From Ashes to New will be hitting the road for a co-headlining tour with Diamante. VIP tickets are currently on sale now, with GA tickets on sale this Friday at 10 a.m. local time. For a full list of dates and to get your tickets, you can go here.

5. The Sidekicks shared a music video for “Don’t Feel Like Dancing”

Cleveland’s own the Sidekicks have shared a music video for their song “Don’t Feel Like Dancing.” The track is taken from the band’s upcoming album Happiness Hours, out May 18. You can pre-order your copy here.

We’re very excited to announce these dates in July with our good friends in @EarthGroans! We can’t wait to see you all this Summer.https://t.co/O0mvFKpVgi pic.twitter.com/QbL2WJX0Jk

Phinehas will be hitting the road this summer on two seperate tours. From 6/21 to 7/8, the band will be on Warped Tour, and from 7/9 to 7/22, they will be doing a headlining tour with Earth Groans. For a full list of dates and to purchase tickets, you can go here.

7. Mighty shared a music video for “Safe and Sound”

Mighty shared a music video for their song “Safe and Sound.” The song is taken from the band’s self-titled debut album, out May 18. You can get your copy of it here.

In case you hadn’t heard, we’re putting out a record next month. We’re going to play some shows to celebrate. pic.twitter.com/OAuMDJKRkb

Elder Brother announced a tour to celebrate the release of their forthcoming album, Stay Inside, out May 18. You can pre-order your copy of it here. Check out a full list of tour dates below!

Black Satellite shared two covers, “My Girlfriends Girlfriend” and “I Don’t Wanna Be Me,” as a tribute to Type O Negative’s lead singer Peter Steele.

Slow Mass dropped their new song “Oldest Youngest.” In addition to the song, the band also announced a new tour. You can check out a full list of dates below!