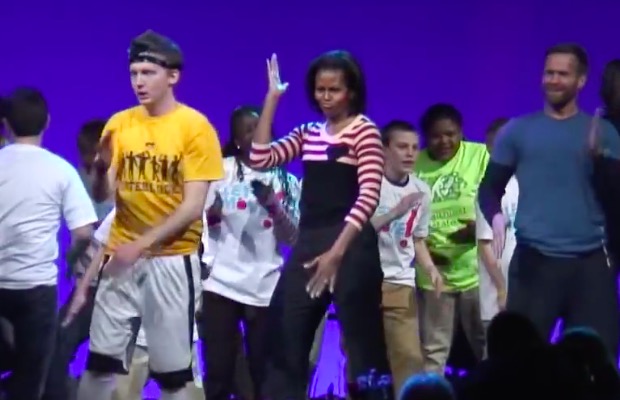 You probably don’t, so here’s the story: In 2012, First Lady Michelle Obama visited the University Of Northern Iowa in support of her Let's Move campaign. At the time, students of the university had been receiving worldwide attention after creating the “Interlude” dance, which uses Attack Attack!’s song of the same name. So, while Mrs. Obama was in town, it was only fitting to have her participate in the dance with 14,000 other students.

“Interlude” is taken from Attack Attack!’s debut full-length, Some Day Came Suddenly, which was released in 2008 and featured the band’s original frontman, Austin Carlile. The track was written by Caleb Shomo, who now fronts Beartooth.

(The first video shows just the stage, and the second has shots of the crowd in it.)