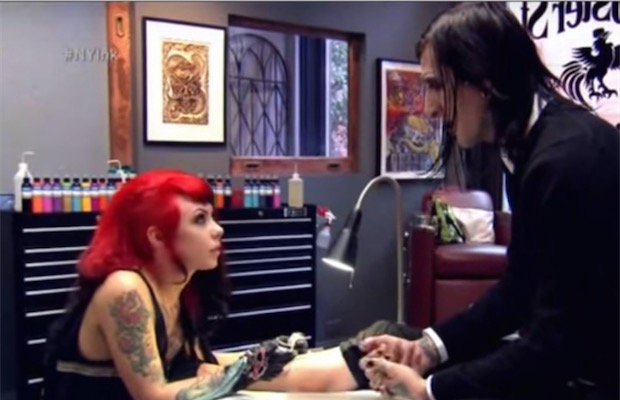 Many notable figures have made their way onto NY Ink, including Corey Taylor, Ronnie Radke, Frank Iero and various others. During the show’s second season, Motionless In White frontman Chris Motionless waltzed into the shop and was tattooed by a former girlfriend. You might remember her from the band’s “Creatures” music video.

Read more: Remember when Fronz from Attila was on MTV’s Made?

For his tattoo, Chris took the opportunity to commemorate his late grandfather, who was a driving force in his musical journey. Watch below and be sure to leave us  a comment with your thoughts.