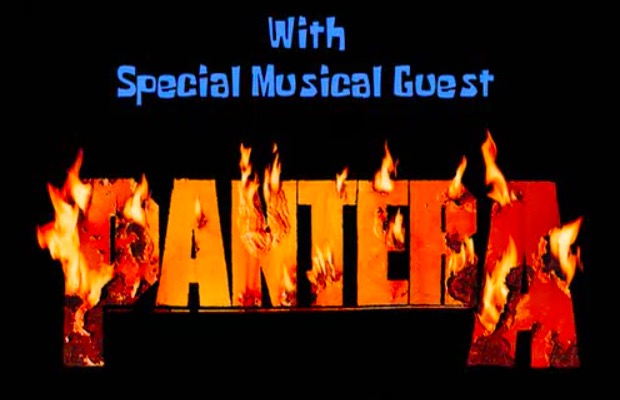 While those of us who tuned in for the debut of the now classic Spongebob episode, “Pre-Hibernation Week,” most likely had no idea who Pantera were, chances are we do now. The clip, containing snippets of Pantera's face-melting jam, “Death Rattle,” features Spongebob catering to Sandy's every wish due to her hibernation cycle being less than a week away. Squarepants ends up bailing on Cheeks' and finding cover underneath Patrick's rock, which leads Sandy to believe that he has gone missing. She then recruits all of Bikini Bottom for a city-wide search, resulting in some of the most classic Spongebob quotes to date.

Read more: That SpongeBob-themed metal band kick butts and stare ugliness in the face on Bold And Thrash EP

A shortened instrumental version of “Death Rattle” was later placed on an official Spongebob soundtrack under the appropriate title, “Pre-Hibernation.” You can listen to the track in full below.

Looking back, doesn't it seem odd that a band such as Pantera were featured on an episode of Spongebob Squarepants?