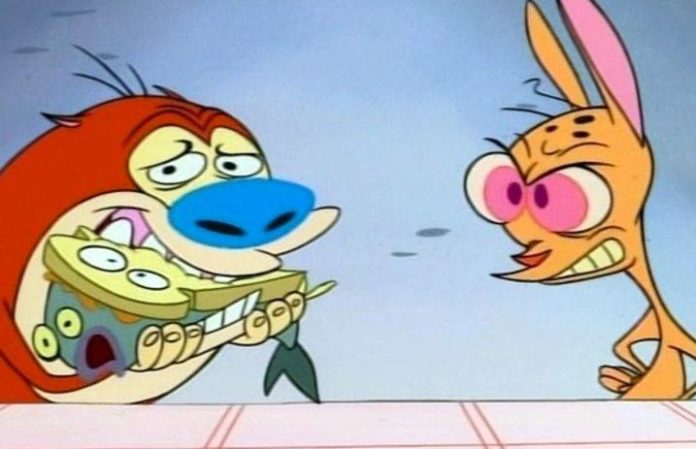 Ren & Stimpy creator John Kricfalusi has been accused of preying on underage girls. Robyn Byrd and Katie Rice shared their stories with Buzzfeed News, explaining, with extensive detail, Kricfalusi's manipulation tactics that began when the two were each teenagers.

Byrd explains that he flew her to Los Angeles to “show her his studio and talk about her future” when she was 16, where he reportedly ended up sexually assaulting her.

Buzzfeed reports that Kricfalusi convinced Byrd to move into his home with her, too. “I believed, as a 16-year-old dating him, ‘Oh, the world’s against us. It shouldn’t be wrong for him to date me. We’re cool and rebellious because we’re breaking the rules of society,’” Byrd told BuzzFeed News, saying he told her that their 25-year age difference was “romantic.”

Byrd left Kricfalusi for good in 2002. “My entire life had been suspended in John's since I was fourteen,” Byrd wrote to Rice in 2008.

And Rice explains that Kricfalusi first started messaging her around the age of 14 when he began “persistently sexually harassing her”—he even attended her 15th birthday party, which he mentions in the video below. He hired Rice at 18, and she worked for Kricfalusi on-and-off until she was 25. Kricfalusi's lawyer says he denies harassing Rice, saying: “John's avid pursuit of her romantically was all after the company went out of business and he was no longer her employer.”

“I know what everybody’s gonna say: 'Why didn’t you just leave?'” Rice told Buzzfeed. “Well, because this asshole told me when I was 13 that I was special, and I don’t have any self-esteem, so I believe it.”

As the news source reports, the sexual abuse allegations against Kricfalusi have never been made public, but he reportedly mentions a “girl he had been dating since she was fifteen years old” in a book about Ren & Stimpy's history.

Plus, the women have “old letters, emails, and transcripts of AOL conversations” with Kricfalusi along with witnesses to back up their claims.

Buzzfeed explains that former colleagues Tony Mora, an art director at Warner Bros., and Gabe Swarr, a producer at Warner Bros., had stories of how Kricfalusi sexually harassed female artists. In addition, Buzzfeed reports that multiple women came forward accusing him of possessing child pornography, which he also denies.

Kricfalusi’s attorney responded to Buzzfeed with the following statement:

The 1990s were a time of mental and emotional fragility for Mr. Kricfalusi, especially after losing Ren and Stimpy, his most prized creation. For a brief time, 25 years ago, he had a 16-year-old girlfriend. Over the years John struggled with what were eventually diagnosed mental illnesses in 2008. To that point, for nearly three decades he had relied primarily on alcohol to self-medicate. Since that time he has worked feverishly on his mental health issues, and has been successful in stabilizing his life over the last decade. This achievement has allowed John the opportunity to grow and mature in ways he’d never had a chance at before.

The Paramount Network, which ran Ren & Stimpy’s 2003 reboot, said they never received reports of sexual harassment against Kricfalusi. Cartoon Network and Adult Swim explain that they were not aware of any sexual harassment claims, but neither plan to work with him in the future. Nickelodeon reportedly declined to comment on the allegations.