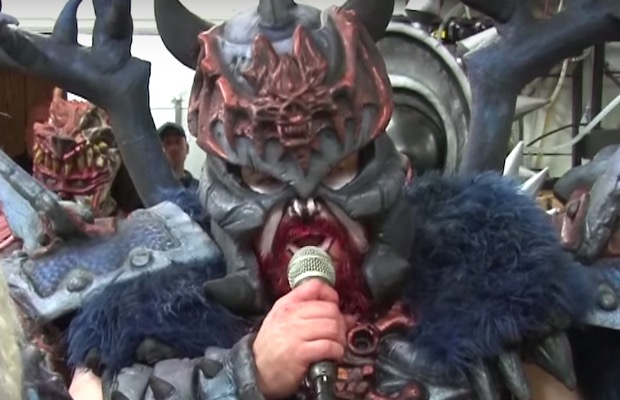 FOX reporter J.T. Street is out of a job after allowing GWAR’s Blothar costume genitalia to be shown uncensored for a few moments on live television.

While there is no video of the segment available as of yet, My San Antonio writes the following:

The lead singer reportedly was wearing a codpiece sporting a couple of prosthetic penises that weren’t sufficiently blurred, and a few seconds of that video made it onto the Fox affiliate’s early morning news Wednesday.

The mistake, confirmed Street, marked the end of his eight-year tenure at the Fox affiliate – first as a movie critic, then a video journalist and finally as host of his own feature.

Street, however, offered a consoling response through his personal Facebook. “I’m honestly grateful that I was able to be on as long as I was,” he wrote. “People don’t last in this market, and to be allowed to do something as frivolous as a feature segment, and one that often went against the grain, for nearly five years, was an honor.”

GWAR shared a statement on the matter as well: