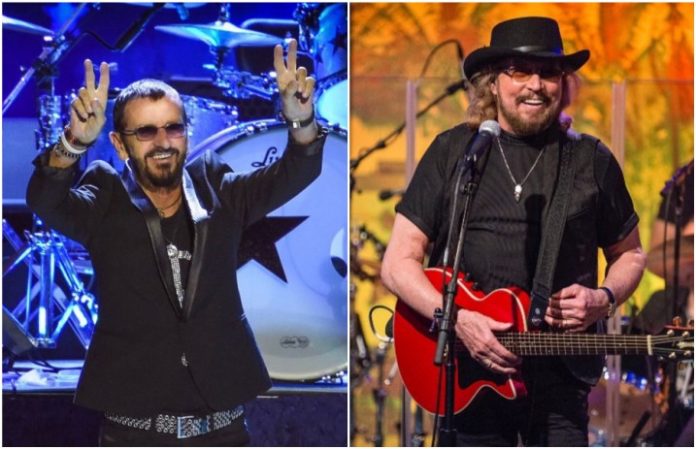 The Queen of England has knighted the Beatles' drummer Ringo Starr and Bee Gees co-founder Barry Gibb in her 2018 New Year honors list.

The Queen's honors list includes five categories and is released twice a year, once at New Years and once during the Queen's birthday in June. It is drawn up by the government and approved by the Queen, and recognizes the achievements of “extraordinary” people – including authors, academics, politicians and athletes. More than 1,100 people were honored this year, 551 of which were women.

Starr is the second Beatle to be knighted at age 77, 21 years after Paul McCartney. “It's an honour and a pleasure to be considered and acknowledged for my music and my charity work, both of which I love,” Starr told the UK's Press Association.

71-year-old Gibb, who co-founded the Bee Gees with his late brothers Robin and Maurice, also spoke to the UK's Press Association: “This is a moment in life to be treasured and never forgotten. I want to acknowledge how responsible my brothers are for this honor. It is as much theirs as it is mine.”

House and Veep actor Hugh Laurie was also recognized on the list for his services to drama, as well as Soft Cell's Marc Almond (best known for '80s hit “Tainted Love”) for his services to arts and culture. Both were awarded an OBE, or Officer of the Most Excellent Order of the British Empire.