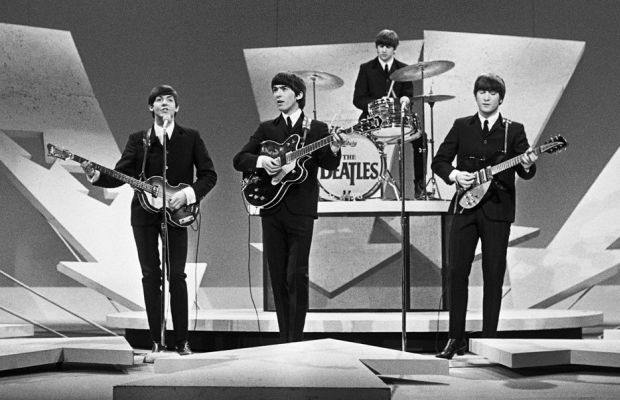 Former Beatles drummer Ringo Starr recently discovered that he was in possession of several rare items related to the iconic rock band and has decided that the best course of action is to auction it all off this December. “We have so much stuff and a lot of it we haven’t seen in 20 to 30 years,” Starr recently explained to The Associated Press. “It started with me looking at storage units we have all around the world it seems.”

Read more: Listen to Kurt Cobain’s lost Beatles cover, “And I Love Her”

Of the items to be included in the auction, maybe most notable is the instantly recognizable, three-piece Ludwig drum kit seen below, which was Starr's first Beatles kit and was used for over 200 performances with the band and on several of their most famous, beloved recordings. Can you imagine how much something like that will sell for? Beatlemania is still alive and well in many ways. Also to be featured in the auction is the “Beatle-Backer,” a Rickenbacker guitar previously owned by the late John Lennon, which was eventually gifted to Starr. Rare vinyl hunters will likely be going nuts for one item in particular. “I’m also putting in ‘The White Album No. 1’ which I had in a bank vault for the last 35 years,” says Starr.

Altogether, Starr will be selling over 800 items at Julien’s Auctions in Beverly Hills, California on December 4 and 5. It's not all Beatles-centric memorabilia, however; Starr will be selling a lot of his and his wife's personal furniture, artwork, “dinner services and glasses” and more. The couple recently sold their country home in England so they have plenty to part with.

Read more: Here’s a list of the best-selling musicians of all time