The festival delivered the schedule in the most Riot Fest way possible by teaming with Goose Island Brewing for a limited edition Riot Fest Sucks Pale Ale.

In less than one month, Riot Fest fans will descend upon Douglas Park in Chicago. With late-night shows already announced and the daily lineup revealed, the only thing left was set times.

The festival delivered today in the most Riot Fest way possible: beer. While you’ll be able to check out the schedule online as normal, the festival will also be selling limited cans wrapped with all of the set times.

Created by Goose Island Brewing, the Riot Fest Sucks Pale Ale sports an orange sleeve with both logos. However, when unwrapped from the can, the full lineup and all of the set times await inside.

As for the actual beer itself, it’s a light amber-colored American Pale Ale described as having “a crisp, balanced hop aroma, citrus flavor, and notes of lightly toasted malt” The cans will be sold in limited quantities, so act fast come festival weekend.

Riot Fest unveiled its 15th anniversary full lineup back in May. Last September, blink-182 canceled several upcoming shows including their headlining set at Riot Fest Chicago. At the time, the band cited medical issues with drummer Travis Barker who wasn’t being cleared by his doctor for the upcoming dates.

Weezer, Run The Jewels and Taking Back Sunday replaced the band at the festival with Weezer even performing a blink classic in their absence. The trio announced plans to return to the festival in 2019, and those plans were officially confirmed along with playing Enema Of The State in full.

In addition to blink-182, Jawbreaker, Rancid, Manchester Orchestra, the Story So Far, PVRIS, Pennywise, the Starting Line, Neck Deep, Glassjaw, the Damned Things, Frank Iero And The Future Violents, grandson, iDKHOW, This Wild Life, Can’t Swim, Angel Du$t and many more are all among the lineup.

Wu-Tang Clan also recently joined the festival after it was announced Die Antwoord were off the lineup. There will also be a handful of full album performances, which you can see below along with the full lineup and daily set times.

Against Me! – Reinventing Axl Rose and Transgender Dysphoria Blues
Avail – Over The James
blink-182 – Enema Of The State
Bloc Party – Silent Alarm
Dashboard Confessional – The Places You Have Come To Fear The Most
The Flaming Lips – Yoshimi Battles The Pink Robot
Glassjaw – Worship and Tribute
The Selecter – Too Much Pressure
Senses Fail – From the Depths Of Dreams and Let It Enfold You
Taking Back Sunday – Tell All Your Friends and Louder Now
Ween – The Mollusk

Tickets are available here with the full daily lineups and set times below. 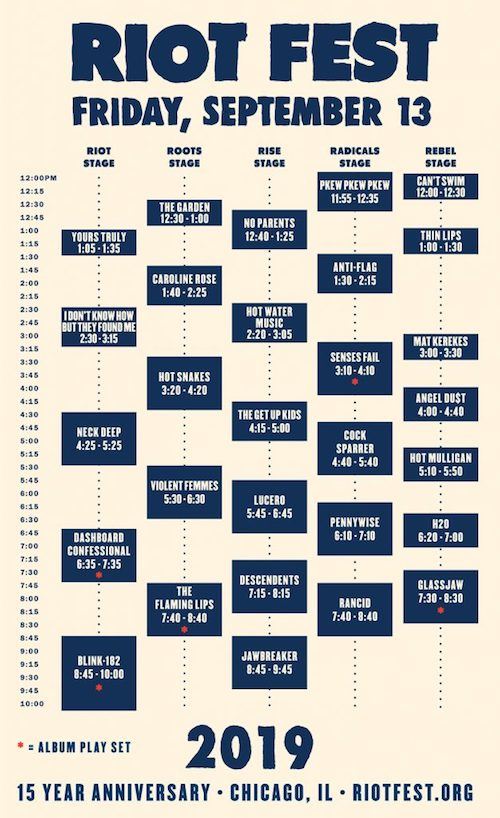 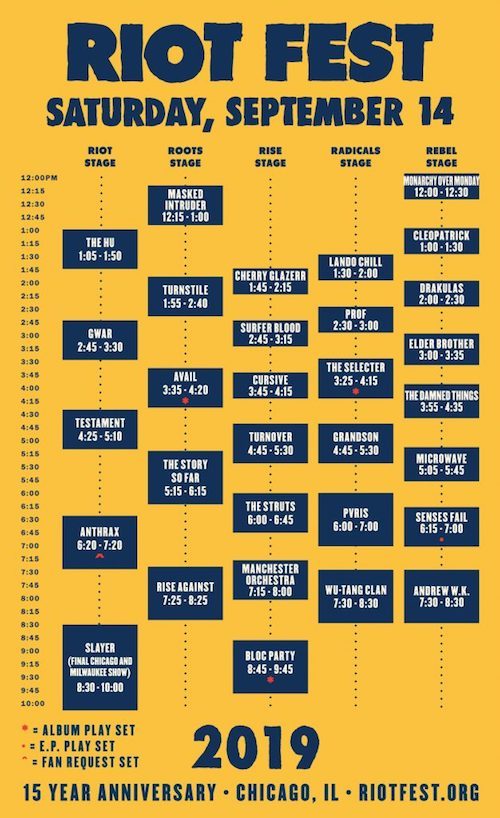 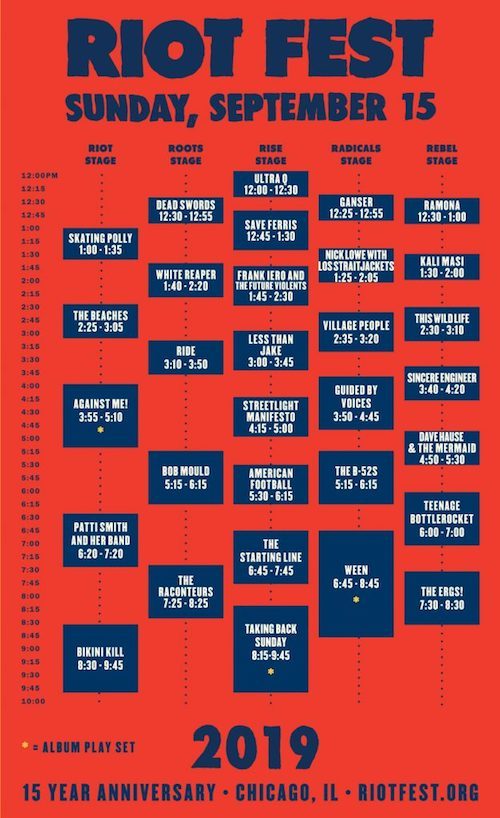