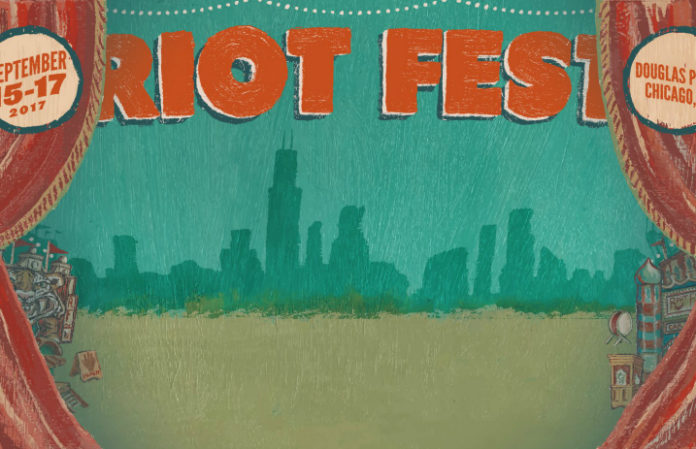 One thing we really love about Riot Fest is its uniqueness. That quality shined with a teaser for its lineup announcement, which is in the form of an '80s-inspired commerical.

The first wave of performers will be announced this Wednesday, April 19. Try to pick out the bands Riot Fest teased in the hilarious '80s ad below.

It was announced back in March that Riot Fest 2017 would only take place in Chicago, IL this year, leaving out the Denver date. The festival wrote this post on their website:

“As many of you know, the Riot Fest family lost one of its leaders late last year: our beloved Sean McKeough. Riot Mike’s partner, Sean, was a fearless leader who worked tirelessly to plan, organize and execute the production of our festivals each year.

This September will see our 13th Riot Fest in Chicago and we are very excited to share another year here with you. It saddens us to say, however, that we will not be able to return to Denver in 2017. Without Sean’s massive contributions, taking on more than one festival this year is, unfortunately, simply not possible. That said, we hope our absence from Denver is only temporary.

To all of our friends in Denver, we love you and we appreciate you making us feel at home in your amazing city. We can never thank you enough for embracing us as you did, and we hope to see as many of you as possible in Chicago this September!“

This Wednesday, Riot Fest will announce the first 70 artists performing at this year's festival at 10 a.m. EST. Three-day Riot Fest passes will also be on sale that day at 1 p.m. EST.

You can join the speculation of who's going to appear at Riot Fest by watching this “Win, Lose or Draw commercial from 1988 that in no way contains bargain bin day-old Easter eggs about some of the artists playing Riot Fest 2017.” They later confirmed through Twitter that they gave clues about 11 bands in the video.

If you want to figure out the 11 bands we gave clues to in this video, you need to play it backwards. https://t.co/gQZZzGD9n5

So, what bands did you pick out from the video?

Riot Fest 2017 will be at Douglas Park in Chicago, IL on September 15 through September 17.