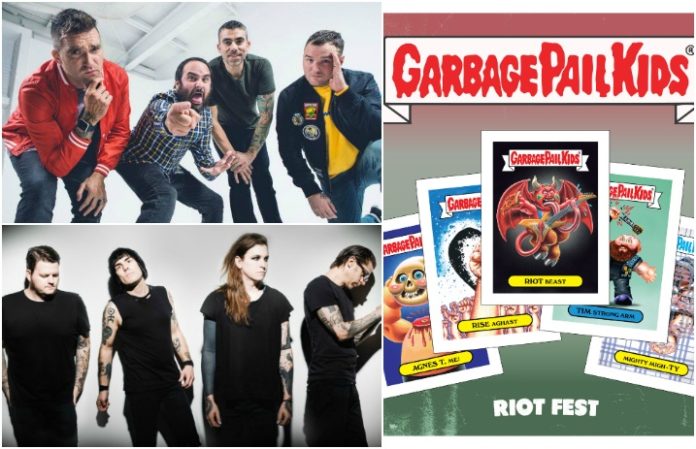 Next weekend is Riot Fest (it’s not like we’ve been counting down the days or anything…), and appearing on their merch tables will be some seriously sick Garbage Pail Kids trading cards, featuring some of our favorite bands.

This year’s Riot Fest Garbage Pail Kids Series Two are just as awesome—and, according to the folks over at Riot Fest, are seriously collectible.

Each pack of Riot Fest Garbage Pail Kids comes with the full ten-card set, and it’ll be available in limited quantities at Riot Fest’s march area.

Check out images of a few of the trading cards below. (Our favorite has to be “Agnes T. Me!”)

Will you be picking up a pack of Garbage Pail Kids cards? Let us know in the comments below!