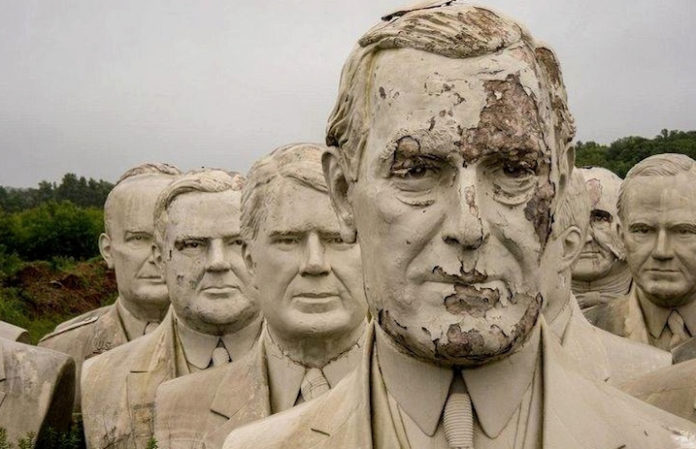 Rise Against’s planned music video shoot for their new single, “The Violence,” has apparently been shut down by location managers for the concept’s perceived “anti-government” leanings. On Tuesday, the band posted on Facebook about the shoot being thwarted. Read the update below.

Rise Against state that the video’s director came to the band with the “idea of filming in a field full of the Presidential busts.” A permit to shoot the proposed video was initially granted, but was evidently pulled by the “board of directors who oversee the location” after deciding the approach was “anti-government.”

In the Facebook post, Rise Against describe their recently released single, “The Violence,” as a song “about whether violence is an inevitability of the human condition, or whether it’s a choice we make, and therefore, can reject.” The band say the prospective video idea would “attempt to distill this concept.”

Wolves, the new Rise Against album, comes out on June 9.

Watch more: 5 things you don’t know about Rise Against