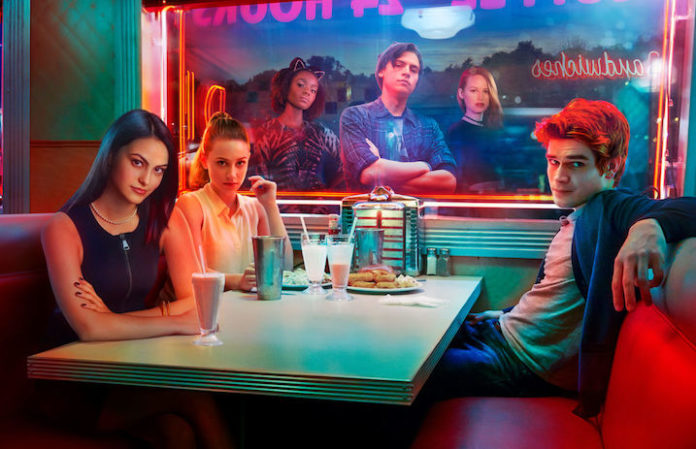 If you are a fan of Riverdale and the Vampire Diaries, you may have noticed a similarity between two houses from the shows.

No? That's OK, too. Director Julie Plec, who worked on both, almost didn't.

Plec tells Bustle that her first time visiting the Blossom manor on Riverdale was a bit weird: “When we pulled up the driveway for the location scout to go see it, I was like, 'This is so familiar. I feel like I've been here before.'”

But it wasn't until she was able to take a look around the place and saw the pond outside Plec noticed it was the Salvatore House from the Vampire Diaries pilot. Unlike the remainder of the series, the first episode was shot in Vancouver, which is also where Riverdale is filmed. “And the backyard of it, which is so gorgeous, is where we built our cemetery,” she continues. “That was a nice flashback!”

Plec directed Riverdale's episode “Chapter Twenty-Six: The Tell-Tale Heart,” which airs tonight. “It was a very creative and energized and collaborative experience which isn't always the case,” she tells Bustle.

“What was so thrilling about it was I binge-watched everything going in to catch up and was just so blown away with the look of the show,” she says about the show. “The attention to detail is phenomenal. It's a bunch of artists over there.”