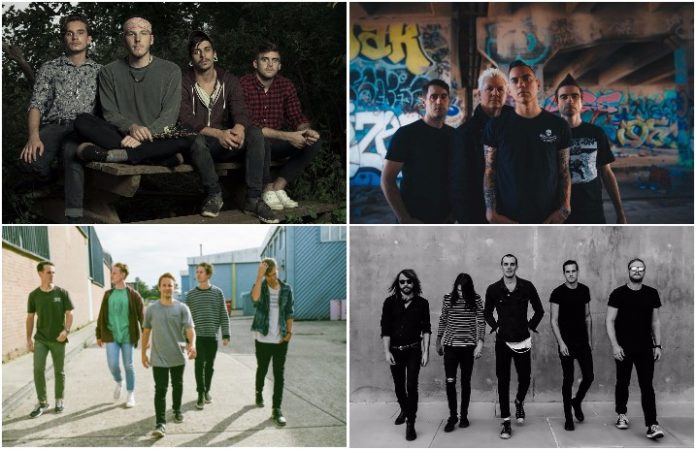 Hear new songs from ROAM, Hodera and Anti-Flag—plus, hear an acoustic track from the Maine. Check out the news you might have missed today below!

1. The Maine released an acoustic version of “Miles Away.”

The track is taken from their 2015 album American Candy.

The track is the third single off their upcoming album Great Heights & Nosedives..

The track, which premiered on Punknews, is taken from their upcoming album First Things First, out Oct. 20.

The song is from their forthcoming album American Fall, out Nov. 3.

5. Thursday and Quicksand have announced a co-headlining Australian tour.

The tour will be kicking off March 7 in Sydney and wrapping up March 13 in Adelaide.

2018 marks Thursday's 20th year!!! Today we announce the first of a series of events to celebrate!!! ❤️❤️
!!Australia!! pic.twitter.com/psjFjE87PG