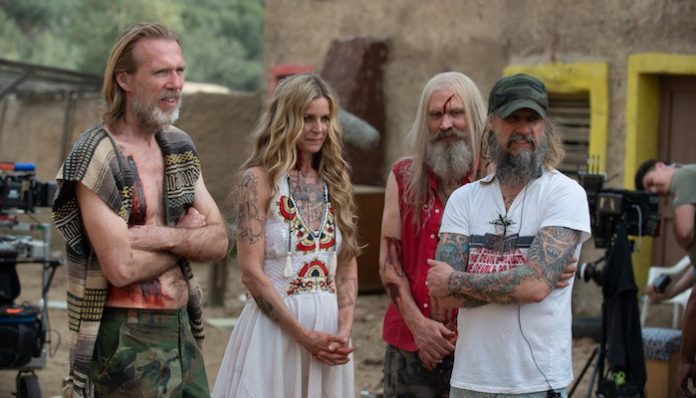 Rob Zombie‘s 3 From Hell is getting one final screening event after three successful ones, and along with it, a making-of documentary is being shown afterwards.

Now, Zombie is giving fans a sneak peek at the documentary through a short clip he’s posting on his social media accounts.

“Here is a quick snippet of the 30 minute Making-of 3 From Hell documentary which will play immediately after the October 14th screenings of 3 FROM HELL! 💀 Go to www.frathomevents.com to reserve tickets now! DO NOT MISS OUT!”

With the success of the theatrical release, the movie is screening for a fourth and final time on October 14.

The upcoming event will include a special video introduction from Zombie and a brand-new commemorative poster.

Fans throughout the U.S. will be able to catch the film at 500 to 700 different movie theatres. To see if you’ll be able to see the new movie at a theatre near you, check out the list of participating theatre locations here.

Tickets can be purchased here or at participating box offices. If you can’t make one of the screenings, don’t worry as the film is being released digitally the following day.

What do you think of the new 3 From Hell making-of documentary clip Rob Zombie released? Let us know in the comments below.